IMPORTANT: You are using an older version of Other that may not be supported in the future. Upgrade Now
UMBC is open, with most employees working remotely. Campus building access is restricted to those approved to work, live, and take classes on campus this fall.
Classic
Humanities Scholars Program
Institutional Group • 62 people 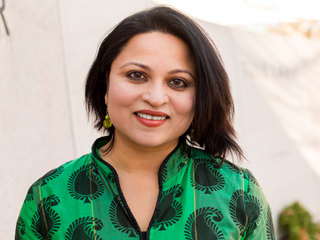 America is becoming a nation in which communities of color will comprise the majority population by 2040. In her talk, Deepa Iyer, a racial justice advocate and writer, will explore the racial realities affecting people of color, women, and immigrants and refugees in America today. She will share stories of struggle and resistance from communities affected by backlash, xenophobia and Islamophobia. Iyer will provide ideas for maintaining equitable and inclusive policies and institutions that reflect the racial realities and intersectional identities of communities in America.

Speaker bio: Deepa Iyer is a South Asian-American writer, lawyer, and racial justice advocate. Iyer’s areas of expertise include the post-9/11 America experiences of South Asian, Muslim, Arab and Sikh immigrants; national security and immigration policies; and racial equity and solidarity practices. Iyer served for a decade as the Executive Director of South Asian Americans Leading Together (SAALT) where she helped to shape SAALT’s work on civil and immigrant rights issues. Her experiences there formed the basis for her first book, We Too Sing America: South Asian, Arab, Muslim and Sikh Immigrants Shape Our Multiracial Future, which received a 2016 American Book Award and was selected as a top 10 multicultural non-fiction books of 2015 by Booklist.  Since We Too Sing America was published, Iyer has been part of over 50 community conversations around the country on the themes in the book, at college campuses, non-profit organizations, faith-based institutions among others. Iyer’s current work includes a collaborative project around rapid response coordination in the wake of criminalization policies and efforts and a solidarity project which includes a monthly podcast called Solidarity Is This.