IMPORTANT: You are using an older version of Other that may not be supported in the future. Upgrade Now
Classic
Co-Create UMBC
Institutional Group • 459 people
18

On Tuesday SGA hosted its third quadrennial Election Night Extravaganza, a gathering for the UMBC community to watch election returns, talk politics, feast on pizza and drink coffee into the night.  The crowd seemed most energized at the moment the networks announced Barack Obama had been reelected President of the United States, and throughout the night when results from Maryland's Question 6 (Marriage Equality) were posted on the big screen on The Commons' Main Street. 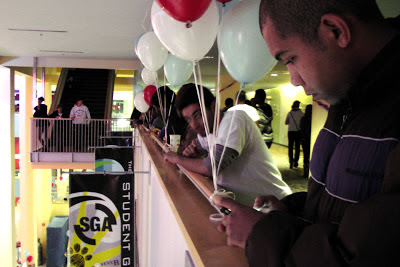 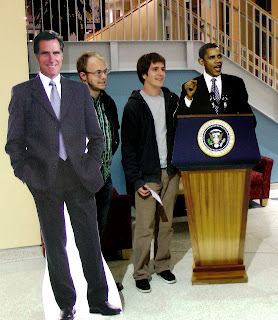