IMPORTANT: You are using an older version of Other that may not be supported in the future. Upgrade Now
Classic
Co-Create UMBC
Institutional Group • 282 people
1

I Love You Snow Much

When I was growing up, snow was a destination, not a weather event. Once or twice each winter my family would drive an hour or two into the mountains around Los Angeles. We called it "going to the snow." We'd spend a couple of hours sliding around on sleds or building snowmen, then get back in the car for the trip down to the snow-deprived everyday world in which we lived. Never once on these trips did I actually see snow fall from the sky.

What I knew about falling snow came mostly from TV Christmas specials like Rudolph the Red Nosed Reindeer or Santa Claus is Coming to Town. Snow was one of the defining features of that magical world in which reindeer could fly and a warlock could create a blizzard. It was the stuff of mystery and holiday cheer.

I went to graduate school thousands of miles from home, in a strange, new world called New England. My first year there was the first significant stretch of time I had ever spent away from my parents, my longtime friends and all of my familiar places. Immersion in a completely new environment forced me to become more self-reliant, and also enabled me to discover and express remarkable new aspects of myself. After an initial period of adjustment I felt free and truly alive. And then it began to get cold outside and, eventually, to snow.

How amazing it was to me that those crystals actually fell from the sky! How odd and fascinating was the silence that followed a big snowfall, as cars stayed in their driveways and the snow absorbed stray sounds! How strange to see every street completely transformed, the red New England brick and white mortar now the perfect complement to the brilliant white dominating every view! I loved it. It was magical and mysterious, just like the new worlds I was exploring. Ever since, I have associated snow very strongly with discovery and possibility.

So let it snow! I'll have to dig out the sidewalk in the morning, but first I'll be walking around, feeling amazed, taking pictures of the world transformed. 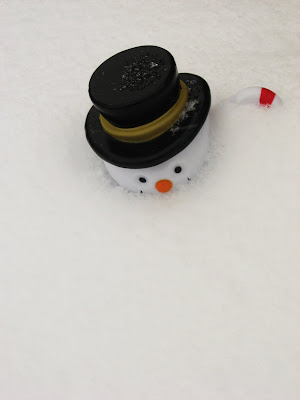 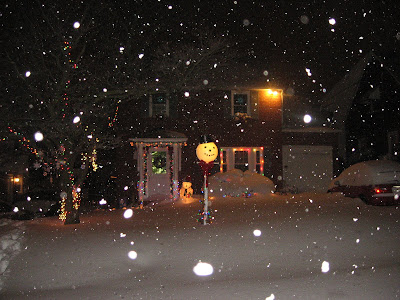 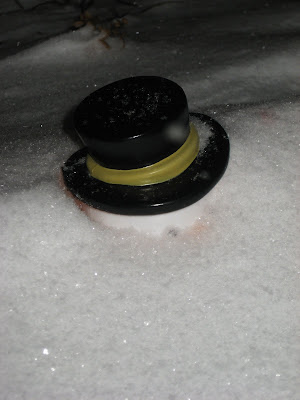 The trench I dug this morning, searching for sidewalk. I'd have preferred to leave the snow exactly where it was, but apparently there are laws about such things: 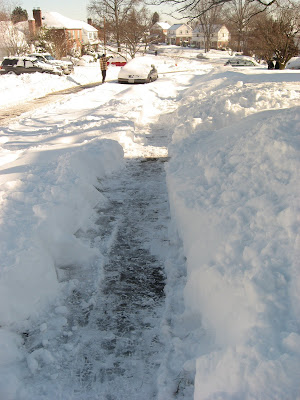