IMPORTANT: You are using an older version of Other that may not be supported in the future. Upgrade Now
Classic
Co-Create UMBC
Institutional Group • 287 people
6

I’m asking some of the people you might encounter on the UMBC campus, including students, faculty, staff and alumni, to answer a few questions about themselves and their experiences. These are their responses.

NOTE:  This is the first Real People Profile of a UMBC alumnus who is not also a UMBC employee.  Andrew Gordon graduated from UMBC in 2008 with a degree in English.  He is a Social Media Administrator for a Baltimore nonprofit organization. 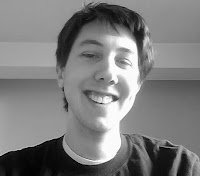 Name: Andrew Gordon
Hometown: Middletown, MD
Q: When did you attend UMBC?
A: From Fall of 2004 to Spring of 2008.
Q: In 12 words or less, what role(s) did you play on campus?
A: I tried to make things better, sometimes publicly, sometimes anonymously.
Q: What aspect of your UMBC role(s) did you enjoy most?
A: I liked helping others. I liked feeling like I was inspiring others to find their own ways to help others, to improve their surroundings.
Q: What is the most important or memorable thing you learned in college/have learned at UMBC?
A: I guess that I had a lot more responsibility than I originally thought (Freshman year). That if you're dissatisfied with the way things are, if you have an idea for something you want to do, you should go for it. That... big things can happen from a single, seemingly small idea. That... classes are great, but it's the people you meet and the endeavors you take on outside of class that are likely to mean the most in the long run.
Q: Complete this sentence: “I am a big fan of __________”
A: My wife.
Q: Do you have any UMBC stories, little-known facts about UMBC, favorite spots on campus, or anything else you’d like to share?
A:  When I started at UMBC, I used to go to what's now the student orgs space to write because it was one of the quietest places on campus, almost always completely deserted.

For most of my time at UMBC and for years before, the first floor of the UC was locked and inaccessible to students. In 2006, the SGA made a major push and unlocked this prime real estate, turning it into the Study Place. Now I hear it houses Starbucks and Chick-fil-a, which is pretty funny to me.

I have a vivid memory of walking from Harbor to the UC late one Spring night during my Freshman year with Jordan Hadfield. We went to visit and bring water to Eric Jonathan Smith, a candidate for SGA President that year, who slept outside the UC and fasted to show his dedication to the position. He didn't win.

I spent a lot of the last few weeks before my graduation up on that terrace thing attached to the Biology building - although once I almost got locked in when the security guards were going around to chain closed the main doors to each of the buildings. I spent a lot of my first year walking the loop of the CERA - this was back before they built that research park and water something something a little further back from the road, back when the rugby team played on the "driving range" over there.

It wasn't that long ago that Quadmania was actually held on the Quad. It wasn't that long ago that the sidewalk going through the Quad didn't exist and in the winter, the dirt path would become a solid sheet of ice. The Commons parking garage offers a longer ride, but using the bottom, gated floor of the Library Deck to longboard down is a much better, safer bet. Fun fact: UMBC Underground (or The Underground as I hear it's called now) was started in the basement of Potomac, Room 060.

When I first started at UMBC, I was kinda miserable. By the end, UMBC had become a home for me. While you (the current student reading this) may not find that to be the case for you, I will guarantee you that each year will go by faster than the last, and before you know it, you're packing up your stuff and heading to the First Mariner Arena, wondering how you got where you are. Make it count. Get outside of your room often, remember this is probably going to be the least stressful part of your life, and just enjoy your time to the fullest.
Visit Website