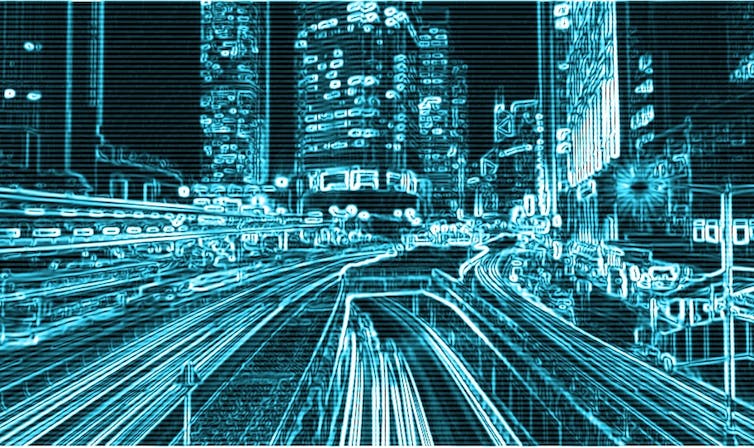 Cities and towns are becoming more technologically sophisticated – but remain vulnerable to attack. It Never Ends/Pixabay

Within the past few weeks, two large American cities learned that their information systems were hacked. First, Atlanta revealed that it had been the victim of a ransomware attack that took many of the city’s services offline for nearly a week, forcing police to revert to taking written case notes, hampering the Atlanta’s court system and preventing residents from paying water bills online. Then, Baltimore’s 311 and 911 dispatch systems were taken offline for more than 17 hours, forcing dispatchers to log and process requests manually. Both attacks could have been prevented. And they are more evidence of the poor, if not appalling, state of local government cybersecurity in the United States.

Under near-constant attack, but not fully aware

Nearly half – 44 percent – of all the respondents told us they experience cyberattacks at least daily. Based on prior research, we are confident that rate is actually much higher.

The volume of attacks isn’t dropping – and in some cases it’s increasing.

But even so, many communities didn’t know how frequently they are attacked, and most didn’t count or catalog initial attacks – though more than half did track more serious incidents and breaches.

More than half weren’t able to determine who was attacking their systems.

Unprepared to respond, and with not enough support

Certainly, there are local governments that do a commendable job with cybersecurity. If previous research into government information technology systems and electronic government can be a guide, they are most likely larger, more well-funded and more well-managed governments. However, the data from our more recent survey strongly suggest that at least some, and perhaps even a large fraction of, local governments may be unable to respond to electronic intrusions.

In part this is because few local officials are aware of the need for cybersecurity. Nearly two-thirds of the respondents to the survey, who were nearly all information technology or cybersecurity officials, said that top managers understood the need. However, among other groups in local governments, awareness dropped considerably. Perhaps as a result, support for cybersecurity efforts was also not as strong as Atlanta’s and Baltimore’s experiences suggest it should be.

And yet, crucial barriers remain, largely to do with how much money is allocated to cybersecurity efforts. Getting more people in the know

If local officials are going to do a better job protecting their information assets, they’ll first need to know a lot more about what’s actually happening. The numbers of survey respondents who answered “Don’t know” to our questions was surprisingly high. No top local officials, whether elected or appointed, should be unaware of basic cybersecurity information, like whether their systems have been attacked or breached, or who’s attacking their systems and why.

Knowing these answers will only become more critical as computing becomes more deeply embedded in systems running “smart” cities. If computers control traffic lights, sewage plants and electrical grids, then the consequence of attacks is more severe than just loss of information or computer services.

This article was originally published on The Conversation. Read the original article.