How To Lead a NASCAR Pit Crew

UMBC Magazine | Megan Hanks | May 25, 2018
With John Klausmeier ’04, mechanical engineering
As a boy, John Klausmeier ’04, mechanical engineering, dreamed of working in the racing industry. He began working toward his current role as crew chief at Stewart-Haas when he was a student at UMBC, where he was able to take classes that would allow him to develop the skills needed to succeed in the motorsports industry. Shortly after graduating he began a full-time position at Dale Earnhardt Incorporated, and since then, Klausmeier has ascended the ranks from intern to crew chief. Today, he is responsible for a whole team and making sure that race day runs smoothly.

Each Sunday during the racing season, you can find Klausmeier behind the pit wall, on top of what is called the pit box. There, Klausmeier and his team have the best view of the racetrack and race car so they can work on race strategy and plan for necessary adjustments as the race cars whiz by at speeds well over 190 miles per hour.

With so much at stake with each race, how does Klausmeier keep himself cool? The answer: When you’re under pressure, remember your training and rely on your plan.

About one month before any given competition, Klausmeier and his team begin drafting a rough plan for the race, including logistics and strategies. Between then and race day, the plan undergoes many edits and changes. “Every track is different,” he says, explaining that it is important to pay attention to details when developing scenarios. “Different race cars go to different tracks. Different tracks require different things. We race at tracks where the handling is most important so we emphasize the shocks, springs, and increasing the aerodynamic downforce on the car. Other tracks require the least amount of aerodynamic drag, so we focus on streamlining the body and engine horsepower.”

One week before the race, Klausmeier and his team meet with each of the departments to get briefed on the latest developments for the upcoming event. Klausmeier, a crew chief at Stewart-Haas, is in charge of bringing each element of the race together and putting the best car on the racetrack.

“I’m basically like the head coach in football — bringing all of the hard work of the team together and making sure we’re putting the best product on the track in order to win races and championships,” he says. 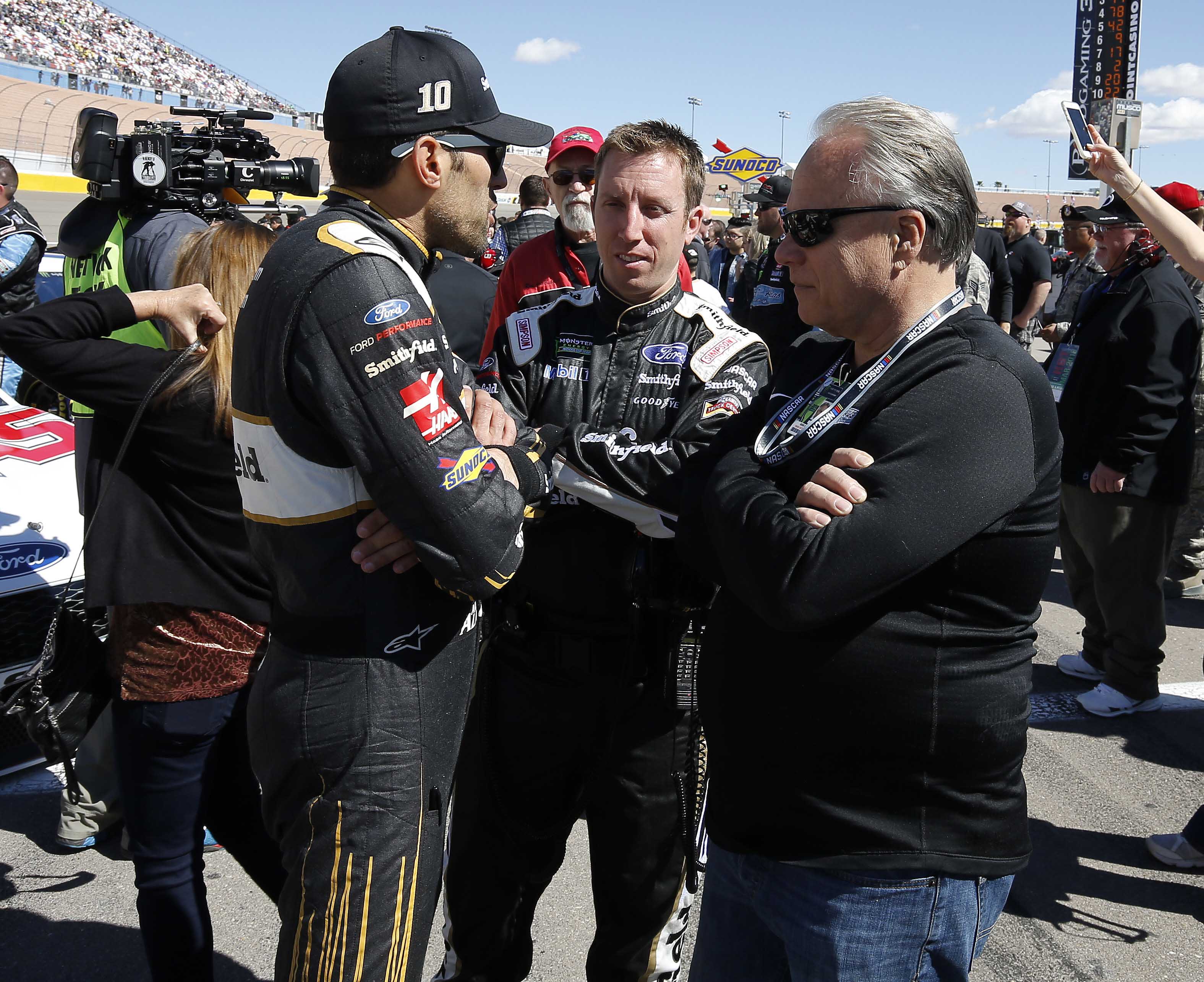 Klausmeier explains that the team spends Tuesday and Wednesday of race week “populating a play book,” which outlines scenarios that the driver and team may encounter during the race. During the practice phase, each specialty department, such as fabrication, aerodynamics, and engine, runs through the demands of the race from their perspective, and the team interfaces with the driver to make sure their need in the race car are met.

There are many hours of practicing pit stops at the Stewart-Haas pit training facility. This is a practice area that mimics the pit stall layout at the track. The team performs mock pit stop scenarios four days a week prior to the event giving the pit crew repetitions to execute tire changes in seconds.

The team typically travels to the race location the Thursday before race day and completes qualifying sessions on Friday. Saturday is primarily reserved for practice sessions and preparing for the competition the following day. The practice sessions give Klausmeier and his team the opportunity to run through the race strategy, compare notes with the driver, and address any challenges that came up during the practice sessions. 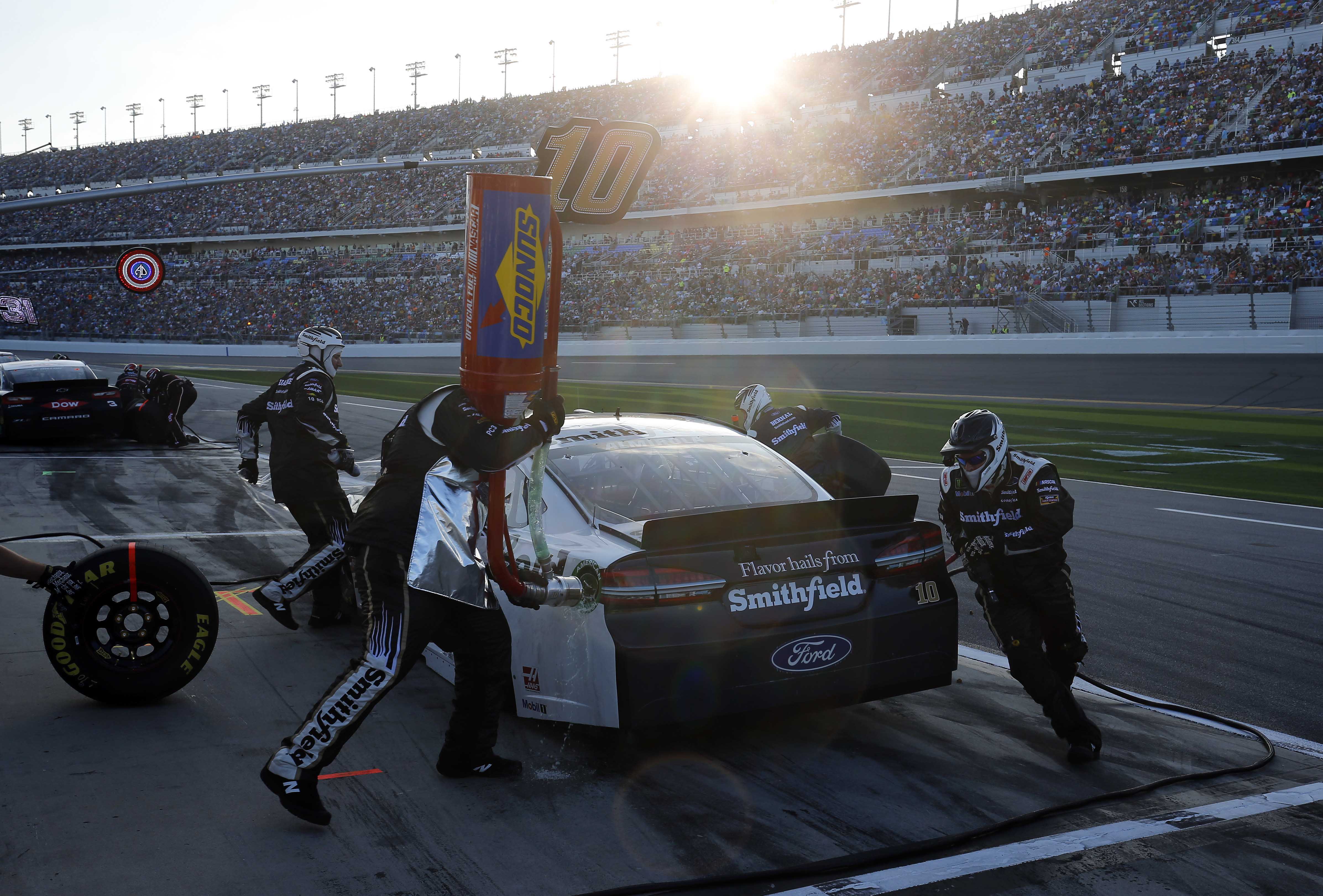 On race day, Klausmeier can be found on the “pit box,” which sits behind the pit wall. His team works through race strategies, makes adjustments, and coordinates what will be modified during pit stops. “After two days of practice, the morning before the race you are bolting in what you think is the ultimate set up,” he explains. “You present the car for the final race inspection and that’s when we’ll start the race. That’s where all of the strategy planning and the handling adjustments take over to keep the driver in position to win.”

Race cars do not have fuel gauges, which means that the race engineers perform the calculations by hand to determine how much fuel the car has left and how many more laps can be completed on that amount of fuel. “When winning the race comes down to a few ounces of fuel, it definitely adds another element of excitement,” says Klausmeier. “It’s definitely an adrenaline rush because every decision that you make affects so many things.” 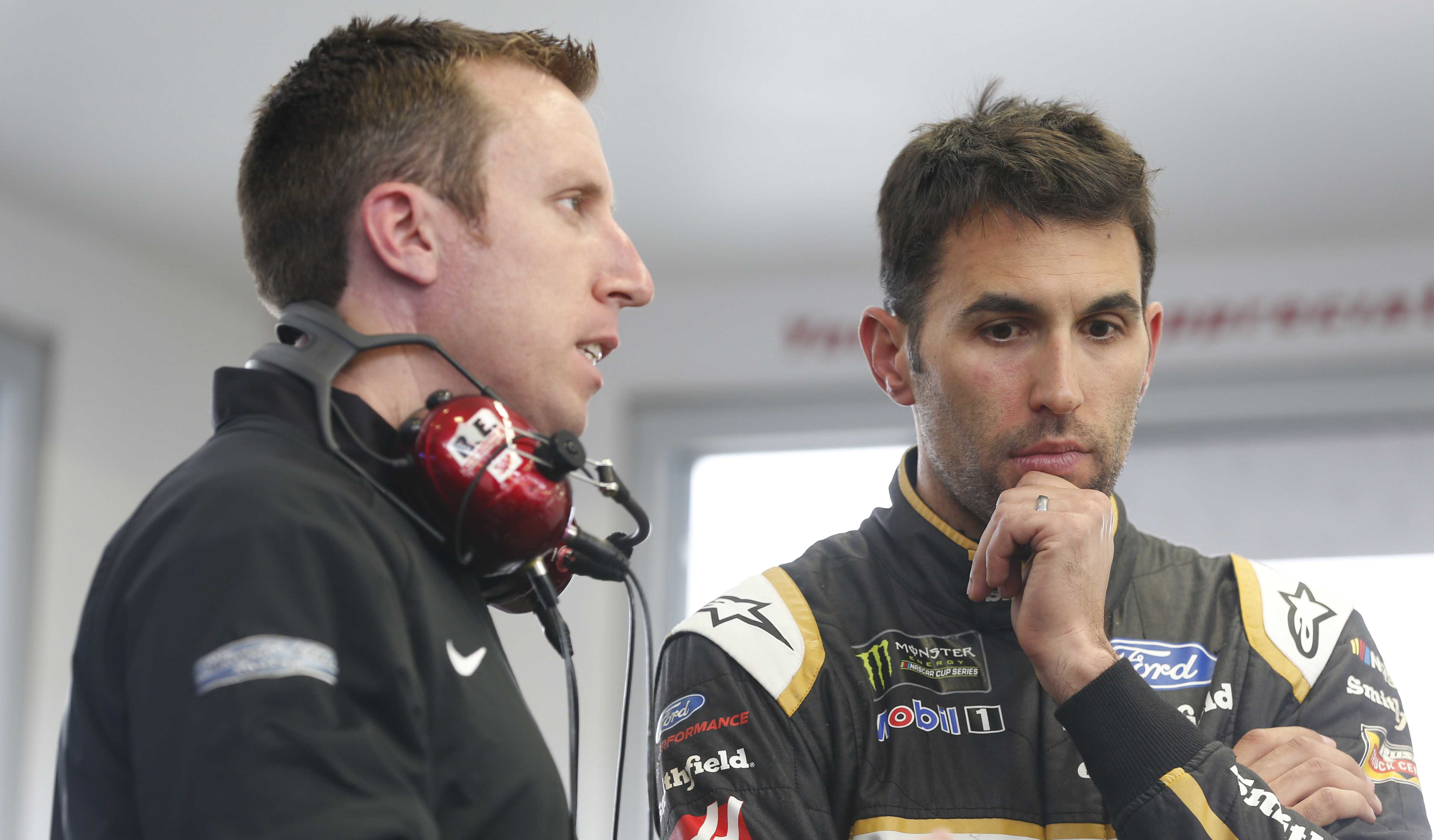 Step 4: LEARN FROM YOUR MISTAKES.

Klausmeier and his team are responsible for preventing and addressing mistakes during the race. They rely on checks and balances to make sure that mistakes are not a frequent occurrence on the racetrack. “Sometimes there’s going to be a parts failure, there’s going to be an engine failure or something that you can’t control. So, you really have to make a lot of on-the-fly decisions depending on what happens to get the best possible outcome,” he explains.

The day after the race, the entire team meets to discuss and debrief with the driver. Klausmeier says that the team reviews a lengthy checklist of items and addresses any issues that came up during the race. “There are a lot of things that go into it. But at the end, obviously, the goal is to win races and championships,” he says. “When it’s all said and done, we are going for the best aerodynamics, the best horsepower, the fastest pit crews, and that’s what wins races with a good driver.”