IMPORTANT: You are using an older version of Other that may not be supported in the future. Upgrade Now
UMBC campuses are closed, but courses are now online and employees are working remotely.
Classic
College of Engineering and Information Technology
Institutional Group • 74 people
0

Each year, UMBC’s Baja SAE team designs and constructs a vehicle that is built to withstand challenging terrain and weather, while also keeping budget, vehicle weight, and agility in mind. The team ended this year’s season strong, finishing in the top 12 overall at each of three competitions across the country.

“After placing eighth in the world in 2018, the team aimed to build a lighter, faster car that would allow us to finish the year with a higher overall finish,” says Rob Sherwood ‘20, mechanical engineering, a member of the team. “The biggest challenge we faced this season was the increased level of competition among the top-tier schools.”

UMBC’s team, now celebrating its 30th season, competes against institutions from across the country that have strong Baja SAE teams and innovative vehicles. While many of the students who have worked with Baja SAE over the years come from engineering backgrounds, team have also included members from other majors, making it a truly interdisciplinary project.

Leading up to the first competition, the team dedicates hours to making adjustments to the vehicle to prepare for the season. At each competition, teams are scored based on a range of criteria including cost, design, sales, and endurance. Their performance in the cost categories at each competition proved to be their strongest. 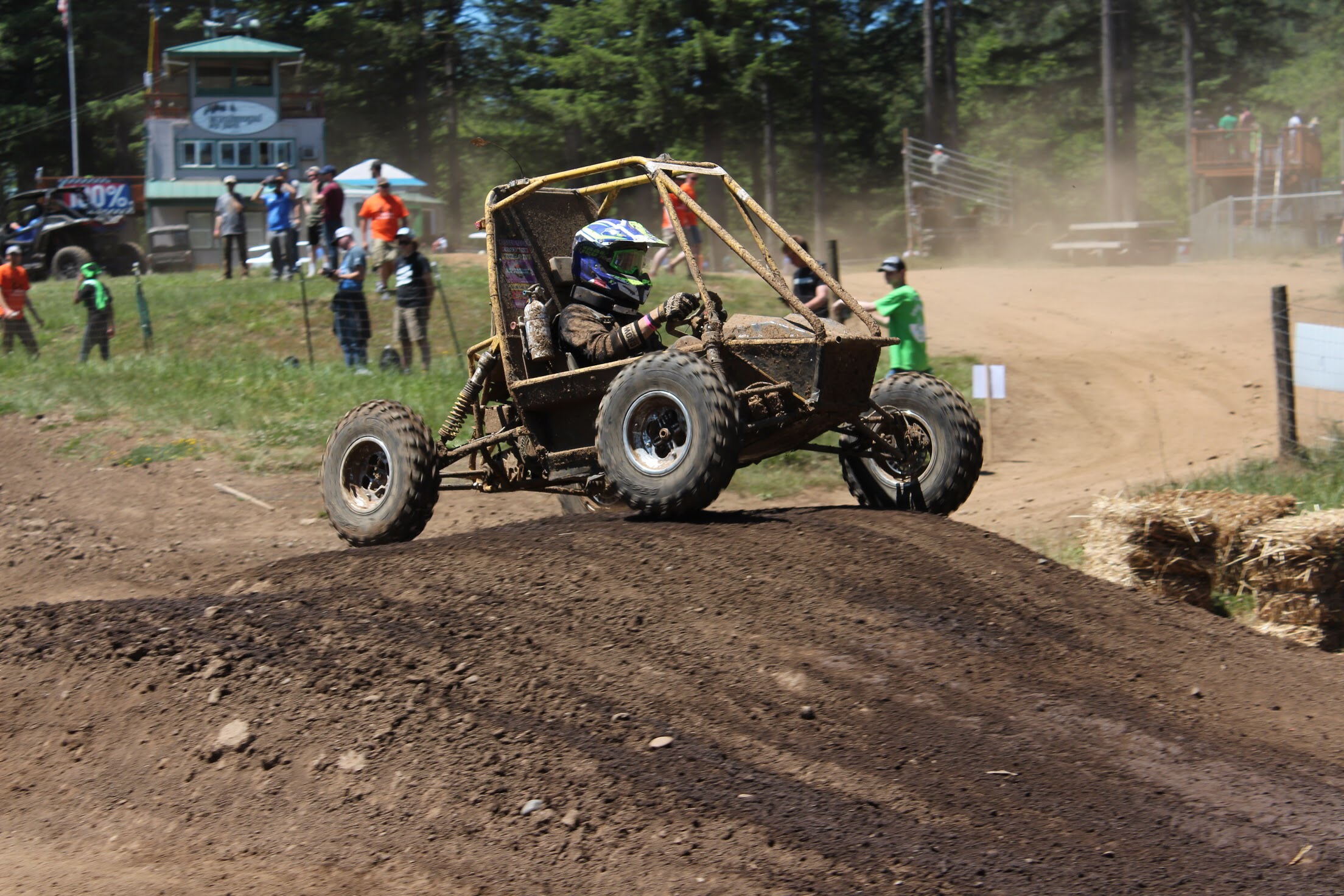 One of UMBC’s Baja vehicles during competition. Photo courtesy of Rob Sherwood.

“While we know the car had the potential to do even better, we are still extremely happy with our results,” says Sherwood. “We had the second most successful season since our establishment in 1989.”

The first competition of the 2019 season was held in Tennessee, April 11-14. The team finished fifth overall, and earned first place in the cost category.

On the west coast, the team competed in California in May. The team’s strength in developing a cost-effective vehicle was recognized again, earning them second place in the category, and 11th overall out of the 99 teams from across the country that participated.

The final competition of the season was held in Rochester, NY, in June. UMBC’s team again earned second place in the cost component of the competition, and 12th overall.

Sherwood shares that the team finished the season with 2,337 points, the second highest number of points in the history of the UMBC Baja SAE team. “The team is young and has a lot of potential,” he says, adding that he is looking forward to next season.

Banner image: A member of the Baja team working on a part of the vehicle. Photo by Marlayna Demond ’11 for UMBC.