A team of three UMBC graduate students earned first place in an innovation competition for their pioneering work in the rapid detection of bacteria in blood. The students joined teams from the University of Pennsylvania and the University of Michigan, which earned second and third place, respectively, at the BMEidea competition hosted by VentureWell, a national alliance of collegiate inventors and innovators. 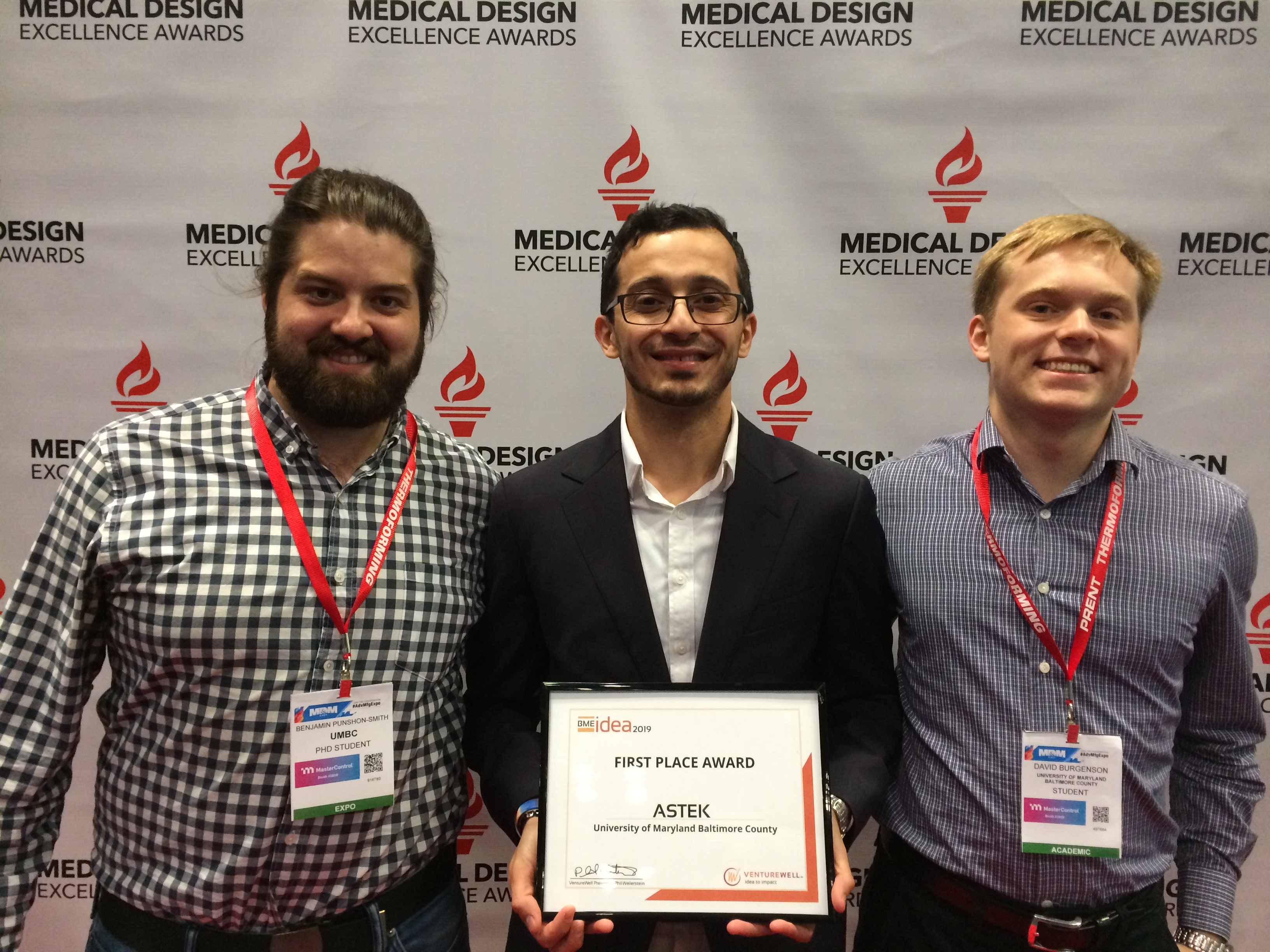 “It can be difficult to translate science into relatable terms and a feasible business plan,” says Al-Adhami. “Participating in the BMEidea competition proved not only that they are interested in our research, but there is the potential to create a business around it. The BMEidea competition gave us the opportunity to get validation that we are onto something.”

Al-Adhami, Burgenson, and Punshon-Smith share office and lab space in UMBC’s Center for Advanced Sensor Technology, which is directed by Govind Rao, professor of chemical, biochemical, and environmental engineering. The group is also advised by Yordan Kostov, research professor in chemical, biochemical, and environmental engineering at UMBC, and Alan Cross, professor of medicine at the University of Maryland School of Medicine.

The team will use their $10,000 prize from VentureWell to continue to develop the technology and advance the ASTEK.

In 2016, Al-Adhami earned third place in UMBC’s Cangialosi Business Innovation Competition, and he explains that the feedback from the judges was valuable and helped him refine the design of the device. “I have used feedback and networking connections gained from these competitions to develop my business plan and expand my outreach on a national scale,” he says.

The technology was initially developed to detect bacteria in water, but after Al-Adhami learned about sepsis and the serious complications that it can cause, he changed focus to meet a known need in healthcare. The ASTEK displays results of the blood test in a user-friendly interface, he says.