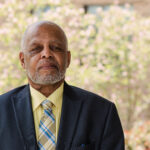 “Students can come to UMBC and get a whole new experience of working with different types of people on different levels, and it is a great experience. I’m very proud to be part of the school.”

Charles Harris ‘22 is graduating this month at the age of 80, after beginning his college journey and his military career in the 1970s. Reaching this lifelong goal is such an important occasion for him and his family that he and his wife postponed their 50th wedding anniversary plans to celebrate the achievement. 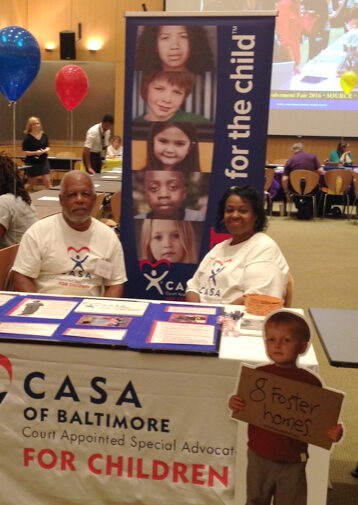 He’s adding a sociology degree to a powerful list of achievements, including a career focused on child welfare at CASA of Baltimore and other child welfare organizations, as an IT specialist at the Social Security Administration, and in the U.S. Army (retired).

Harris and his wife of 50 years opened their home to raise over 100 children. This includes their own biological and adopted children, children under their guardianship, and many others. He has volunteered with and is on the board of CASA, which provides court-appointed special advocates to speak for the best interests of abused and neglected children involved in Baltimore’s juvenile court system.

“My wife and I, we have taken in kids that were neglected or abused and homeless. This is a commitment we made,” he shares. He also made a commitment to himself to complete his college degree. Thanks to the support of Hope Weisman, transfer academic advocate in UMBC’s Academic Success Center, and others, he is now crossing the stage to receive his bachelor’s degree.