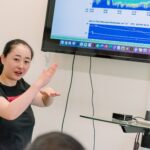 Tiny particles of mineral dust in the atmosphere transport nutrients around the globe, influence cloud cover and precipitation, and affect how much heat the planet reflects or absorbs. Although these abundant particles play an important role in overall climate, they are still poorly understood. A new study in Atmospheric Chemistry and Physics led by Qianqian Song, Ph.D. candidate in atmospheric physics at UMBC, sheds new light on how dust moves through the atmosphere and how that’s changed over time. The findings also lay the groundwork for further studies to examine dust’s role in climate and its global movement in more detail.

In their study, Song; Zhibo Zhang, professor of physics; and colleagues used data collected between 2007 and 2019 by NASA satellites to distinguish dust from among all the tiny particles in the atmosphere, called aerosols. Smoke and particles that enter the air from the sea’s surface are other examples. MODIS, an instrument on the Aqua satellite, detects dust based on the size of the particles. CALIOP, an instrument on the CALIPSO satellite, can detect dust based on its shape, which tends to be irregular rather than spherical.

A train of several satellites, including CALIPSO and Aqua, orbits Earth in formation. Each one collects different kinds of data about clouds and aerosols, generating a more comprehensive picture. Rendering courtesy of NASA.

‘Dust aerosols in nature are irregular, non-spherical, and large in size,” Song explains. “By using sensor-specific methods, we were able to separate dust from the total aerosols in size-based MODIS observations and shape-based CALIOP observations.”

There is huge potential for Song, Zhang, and others to use these datasets to learn more about how dust impacts climate. The study also demonstrates a new way to use satellite data to answer questions about dust, opening the door for significant further research in this area.

“These results are important because spatial variation of dust around the globe can help determine whether dust is cooling or warming the planet overall,” which is still unknown, Song says. On the one hand, dust can reflect sunlight back to space, cooling the planet. On the other hand, it can trap heat coming from Earth’s surface, contributing to warming.

Examining how high the dust is in the atmosphere and how thick the dust layer is in various places will help answer this question. And it’s finally possible to better understand these factors with the new data.

The new study could also help scientists understand the global circulation of various nutrients within dust. While dust may generally have a bad reputation in our homes, it is a normal and healthy part of the global climate. Atmospheric dust contains essential nutrients like iron and calcium, and previous studies showed that Saharan dust is critical for fueling the nutrient-rich Amazon ecosystem. Any big shifts in dust’s production or circulation could have wide-ranging effects.

In addition to affecting Earth’s energy balance and transporting nutrients, “Dust has even been shown to transport pathogens,” Zhang says. For example, “When there are major dust storms in Arizona, valley fever spikes.”

Song and Zhang hypothesize that climate change is partly responsible, because it is already making parts of China wetter and warmer. The Chinese “great green wall” initiative to plant more trees could also be a factor.

These shifts have increased vegetation and decreased the amount of dust taken up from this region, which previously was extremely arid. How the localized decrease in dust will affect dust’s global distribution, and whether the change will be a net negative or positive, is still unknown—but those are the kinds of questions that researchers can ask using the new methods Song and Zhang are employing.

Song has a personal connection to changes in the Gobi Desert, too. While completing her master’s degree in Beijing, “We traveled several hours by bus to Mongolia to plant trees,” she says. “So it’s especially interesting to me to see how dust has changed in that area, possibly as a result of changes in vegetation.”

An analysis of data from NASA satellites shows that China and India have become greener over the last two decades. Image courtesy of NASA.

Taking an even broader view, Song’s new study confirms what other studies have found: that the results from the two methods for detecting dust (by shape and by size) do not exactly match up. Having such large datasets from this study will aid the effort to better under these models’ limitations. The study’s datasets (one for each method) “may also be used to evaluate the dust simulations in global climate models,” write the study’s authors.

Moving forward, dust distribution is likely to continue to change as ecosystems and weather patterns shift. But with the huge new datasets this study generated, scientists will have a head start on understanding how those changes are likely to affect communities around the world.

“We plan to keep working with this data to learn more,” Song says, “and we hope other researchers will, too, so we can learn as much as possible and better understand dust’s role in our climate.”