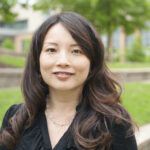 Charissa Cheah, professor of psychology, has received a Fulbright to collaborate with  psychologists at the University of Palermo in Sicily to explore Muslim Tunisian immigrant adolescent identity development, civic engagement, positive youth development, and risk behavior engagement. The award is one of only six Fulbright awards open to all academic disciplines and specializations in the humanities, sciences, social sciences and the arts to conduct research in Italy.

“My Fulbright will focus on religious Muslim Tunisian adolescents in Sicily. The island has a long tradition of immigration and cultural exchanges with North African countries which has resulted in higher levels of tolerance and multicultural ideology,” explains Cheah, who hopes the work will challenge people to think critically about behavior within a cultural context. “The work in Sicily will help provide greater insights and context for improving the work I do to understand Muslim American youth development and adjustment in D.C., Virginia, and Maryland.”

Cheah’s cross-cultural focus is partially informed by her experience as a native Malaysian of Chinese ethnicity. “Malaysia is a multicultural society with a Muslim majority. At age 14 my family moved to Toronto and then I moved to the U.S. for graduate school. I found myself in many different contexts with various identities being salient on a daily basis.”

Learning to live among many different cultures throughout her youth and into her teen years gave Cheah first-hand knowledge of the cultural and social changes families make to create better living situations for themselves.

She carried this experience to graduate school where she had the opportunity for the first time to work with cross-cultural research in the Laboratory for the Study of Child and Family Relationships and the Center for Children, Relationships and Culture with director Kenneth Rubin, professor in Human Development & Quantitative Methodology at the University of Maryland, College Park.

“My dissertation was my first venture into doing a cross-cultural comparison where I tried to understand parenting beliefs and practices of European American families compared to mainland Chinese families. I wanted to understand the way the different families thought about developing their children’s social skills and how they interpreted negative and positive behaviors within particular cultural contexts.”

This pivotal point in her work led her to accept her first faculty position at the University of Saskatchewan, Canada, where she helped to develop a program on culture and human development. Here she was able to work with Cree adolescents and study their identity development within a First Nation and the larger Canadian culture.

She was able to see how some of the issues that teenagers everywhere struggle with in terms of their own identity, their place within their peer group, and how they see themselves in relation to their family’s traditions and beliefs can present challenges when they must also learn to understand their identity within a different larger religious, ethnic, and/or racial community. Since her move to UMBC in 2004, Cheah has expanded her work to include Chinese and Korean immigrant families in Maryland, as well as families in Korea, Turkey, Italy, Malaysia and Zimbabwe.

“In my research on immigrant and minority families, I am particularly interested in what beliefs and behaviors are maintained from the heritage culture, what is changed, adapted, or given up and what new combinations of beliefs, behaviors, and practices come about in this new cultural context.”

When her graduate student Madiha Tahseen ’09, M.A., psychology, and Ph.D. ’15, psychology and applied developmental psychology, a former doctoral student and Muslim, Pakistani American, wanted to research Muslim American adolescents for her dissertation, Cheah felt it was a natural fit.

“I first delved into the field of psychology as a undergrad because I saw a lot of Muslim youth around me suffering from mental illnesses but that were not being addressed both within and outside of the Muslim community, ” recalls Tahseen.  “Clinicians were just not truly understanding what Muslim youth endure or how to treat their mental illness in a way that was supported within the cultural contexts of their lives.”

For Tahseen and Cheah, this was an opportunity to help provide context to what is often a very charged social political conversation about immigrant Muslim youth in the United States. Now she will expand the work to Muslim adolescents and their families in different contexts internationally, to further explore the roles of social, cultural, and political forces.

Cheah hopes the research will help to contribute to a body of work that helps move psychological theory beyond the traditional Western European-based data samples, and into a more culturally inclusive and relevant model.

“My colleagues and I who are cultural developmental scientists are trying to expand, diversify, and challenge people to think critically about culture and behavior. Our goal is to evolve the theory so that the standard won’t be based on just one cultural group. We hope to open doors and avenues for further investigation and self understanding. In the process, we aim to also diversify the body  of researchers doing this work and more accurately represent the world in which we live.”

The Fulbright program is designed to foster relationships between the scholars in the United States and of other countries who are needed to solve global challenges.