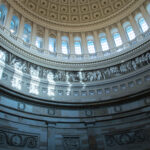 In the opening statement for his nomination hearing, Jerome Adams took care to demonstrate his commitment to partnerships and relationship-building, writing that the “Top Doctor” nickname for the surgeon general “doesn’t do justice to the diversity of professions represented in the Health Corps—nurses, pharmacists, therapists, scientists, and many others, in addition to some of the country’s best doctors.”

He has had the opportunity to work with and learn from these varied professionals in his roles as a practicing anesthesiologist, associate professor at the Indiana University School of Medicine, and state health commissioner under then-Indiana Governor Mike Pence. Adams shared in his statement, “In this dual role as both clinician and educator, I see the impact of health policy decisions on both providers and the patients we serve.”

Adams plans to emphasize active engagement with communities as surgeon general, focusing on a need to “learn about their obstacles and successes, share best practices, and help empower them to implement local solutions to their toughest problems.”

Former colleagues attest to Adams’ record in this area. “He has his hands on the pulse of what’s going on in communities,” Virginia Caine, director of the Marin County Health Department, told the Indy Star. “He gets right out there at the grass roots level and really identifies with the folks he needs to serve.”

As surgeon general, Adams intends to focus on the opioid crisis—a problem he’s familiar with from his work in Indiana. There, he advocated for legislation that would give family members of people struggling with opioid addiction access to Naloxone, a drug that can reverse the effects of opioid overdose. He wrote in his statement to the senate committee, “The addictive properties of prescription opioids is a scourge in America and it must be stopped.”

Reflecting on his undergraduate years at UMBC as a Meyerhoff scholar, Adams shared with UMBC, “one of my biggest mentors was Dr. Hrabowski, and I still stay in touch with many of my Meyerhoff colleagues and rely on them as a professional support network.” He also pays that support forward, according to Joey Fox, who worked as his legislative director in Indiana. Fox described Adams as a “compassionate leader” and told the Indy Star, “He was always willing to have his door open.”