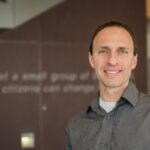 Marking the 25th anniversary of the start of the war in Bosnia, Brian Grodsky, associate professor of political science at UMBC, provided analysis of the post-war years and ongoing divisions among the people of Bosnia and Herzegovina (BiH) in The Conversation.

Despite the efforts of international bodies to help the BiH deal with human rights abuses and unify post-conflict, “The past two decades have repeatedly shown that divisions exacerbated by the war continue to permeate politics,” writes Grodsky. “In fact, according to a 2013 public opinion poll, just one in six residents of BiH feels that the three ethnic groups that live there – the Bosniaks, Serbs and Croats – have reached reconciliation.”

This results in a troubling situation, Grodsky notes. He writes, “The fallout is not just a lack of reconciliation, but also the constant threat of violence.” As he later describes, “The war may be long over, but wounds are still oozing.”

The reasons for these continued difficulties are tremendously complex, but Grodsky disentangles some of the major issues. “Lack of reconciliation in BiH comes despite – or perhaps because of – a major international effort to ensure justice in the region,” he argues, ultimately concluding “international justice may bear some blame for the predicament [Bosniaks, Serbs, and Croats are] in today.”

Post-conflict, the International Criminal Tribunal for the former Yugoslavia (ICTY) attempted to bring people to justice for human rights abuses, but their process of seeking justice “may have incited tensions” rather than improving relations as intended. Ultimately, writes Grodsky, “only 8 percent of those polled in BiH in 2013 felt the ICTY had done a good job facilitating reconciliation.”

So what would a more effective solution look like? Grodsky suggests:

The ICTY and subsequent tribunals demonstrated that international prosecutions can play an important role in ending impunity. But they must carefully balance the need of the international community to ensure accountability with the needs of a local populace to deal with past rights abuses on their own terms.