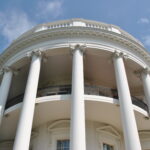 Ahead of the Trump administration formally outlining its spending priorities through a federal budget proposal, Roy T. Meyers has published a primer explaining how the budget process works and significant hurdles ahead for President Trump’s anticipated proposal. The article, originally published in The Conversation, has appeared in Newsweek, Salon, Government Executive, and the National Business Review, and been read nearly 50,000 times.

Meyers, professor of political science at UMBC and former Congressional Budget Office analyst, describes how budgets in times of presidential transition come together, typically being released in April or May, rather than February, as it takes some time for incoming presidents to staff key positions.

The past three presidents have initially submitted a “skinny budget”—light on details, as they flesh out their vision for the country. “Trump’s skinny budget, expected to come out around March 16, will be a lot skinnier than usual,” Meyers writes.

Early announcements suggest Trump’s budget will focus on discretionary spending, which includes the military, education, and environmental protection. Meyers notes, “Most notably, Trump reportedly wants to increase defense spending by $54 billion and fully offset that amount by cutting other discretionary programs.” Leaked elements of the plan suggest large cuts to the Environmental Protection Agency, which have met strong opposition.

In terms of process, Meyers suggests that Trump’s budget proposals may differ from those of previous presidents in the amount of vetting they receive from the Office of Management and Budget (OMB) prior to being formally announced. Writes Meyers:

The bottom line is that the White House publicized a target of $54 billion (11 percent of 2017 discretionary spending) in cuts without receiving any feedback from agencies about the feasibility of making them. Further, because the administration and Congress have also already called for increases in spending in certain areas – such as veterans health programs, doubling the number of border patrol agents and infrastructure investments – that means the $54 billion hammer will fall even harder on everything else.

Meyers notes, “There are also large differences between Trump and Republican lawmakers on how to change the tax code, how to replace the Affordable Care Act and whether to subsidize corporations for creating jobs.” Moving forward, he argues, Congressional Republicans and President Trump will need to have a “meeting of the minds” around highly complex issues to enact a full budget for 2018.

Read the full article in The Conversation.