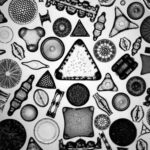 “I’m fascinated with the ways images and technology are transforming our lives today. And looking back, I realized that photography and the sciences have always worked hand in hand to redefine each other and culture-at-large, too,” says Marvin Heiferman, curator of the new Seeing Science project at UMBC.

“Images are essential in the work scientists do and make their work more accessible to the public,” Heiferman shares. “Seeing Science grew out of my desire to explore that.”

A year-long project, Seeing Science: Photography, Science and Visual Culture, will explore the central role photographic images play in defining, shaping, promoting, and furthering science, and how photographic images made in and about the sciences impact public opinion and health, policy and funding, science education, as well as visual and popular culture.

The project’s diverse components include a website, exhibitions, online salon, film series, publications, and an active social media presence. The Seeing Science website, the cornerstone of the project, will continually expand with weekly mini-exhibitions of historical and contemporary images, thematic looks at science-related images in visual culture, newly commissioned short essays, links to breaking news stories that chart the use and impact of imaging in and on science, a timeline that tracks the historical inter-relationships of science and photographic imaging, an interactive map of science images made and used on UMBC’s campus, and downloadable PDFs of materials generated through the project.

This fall, an online salon, co-produced with Reading the Pictures, a visual and media literacy group, will be held on October 20, exploring science images in the media. A Seeing Science Film Festival begins presentations in September featuring films from 1966: “Fantastic Voyage,” “Fahrenheit 451,” and “Daleks–Invasion Earth: 2150 A.D.” A series of public conversations between Heiferman and other scholars will take place at the School of Visual Arts in New York City beginning in October. A book, Seeing Science: Photography, Science and Visual Culture, will be published in 2017 featuring content developed in the course of the project and exploring the evolving relationships of photographic imaging and the sciences, social sciences, and the arts.

“While researching and developing Seeing Science, I realized that most photography and science exhibitions in the past tended to document 19th and 20th century imaging advances and then celebrate how artists respond to them,” adds Heiferman. “I want Seeing Science to do that, and much more. That’s why the project is multi-faceted and primarily web-based. It invites viewers and participants to explore how science images also impact the news, public policy, popular culture and, most importantly, radically change the ways we see, understand, and live in the world.”

Marvin Heiferman, a visiting scholar at UMBC’s Center for Art, Design & Visual Culture (CADVC), has organized projects about photography and visual culture for the Museum of Modern Art, Smithsonian Institution, International Center of Photography, Whitney Museum of American Art, Carnegie Museum of Art, and the New Museum. He has written for The New York Times, Art in America, Gagosian Gallery, CNN, Artforum, Design Observer, Aperture, and BOMB. Heiferman is the author, editor, and packager of more than two dozen books on photography and visual culture, including Photography Changes Everything (Aperture, 2012).

Kelley Bell, associate professor of graphic design at UMBC, is the art director of Seeing Science. Bell has worked with clients including MTV Networks, The Walt Disney Company, and Baltimore-D.C. area non-profits, and her public art works have been featured in numerous events.

Complete information about Seeing Science: Photography, Science and Visual Culture can be found on the UMBC Arts & Culture Calendar.

Seeing Science is produced by the CADVC in collaboration with the Office of the Vice President of Research. A grant from the Alfred P. Sloan Foundation was instrumental in the development of the project’s website.