IMPORTANT: You are using an older version of Other that may not be supported in the future. Upgrade Now
Classic
UMBC News & Magazine
Institutional Group • 14 people
2

Six alumni to speak as honorary degree recipients at 2022 Commencement 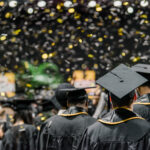 The six 2022 honorary degree recipients speaking at UMBC’s commencement ceremonies next week have a lot in common. They are each doing amazing things in their respective fields. And they also all happen to be UMBC alumni.

“These honorary degree recipients are wonderful examples of the best of UMBC,” said Greg Simmons, M.P.P., ’04, Vice President for Institutional Advancement. “They are brilliant individuals at the top of their fields, who care deeply about making the world a better place, each in their own way.”

Mark Doms ’86, economics and mathematics, and Kafui Dzirasa ’01, M8, chemical engineering, will speak at UMBC’s graduate commencement ceremony on May 25. 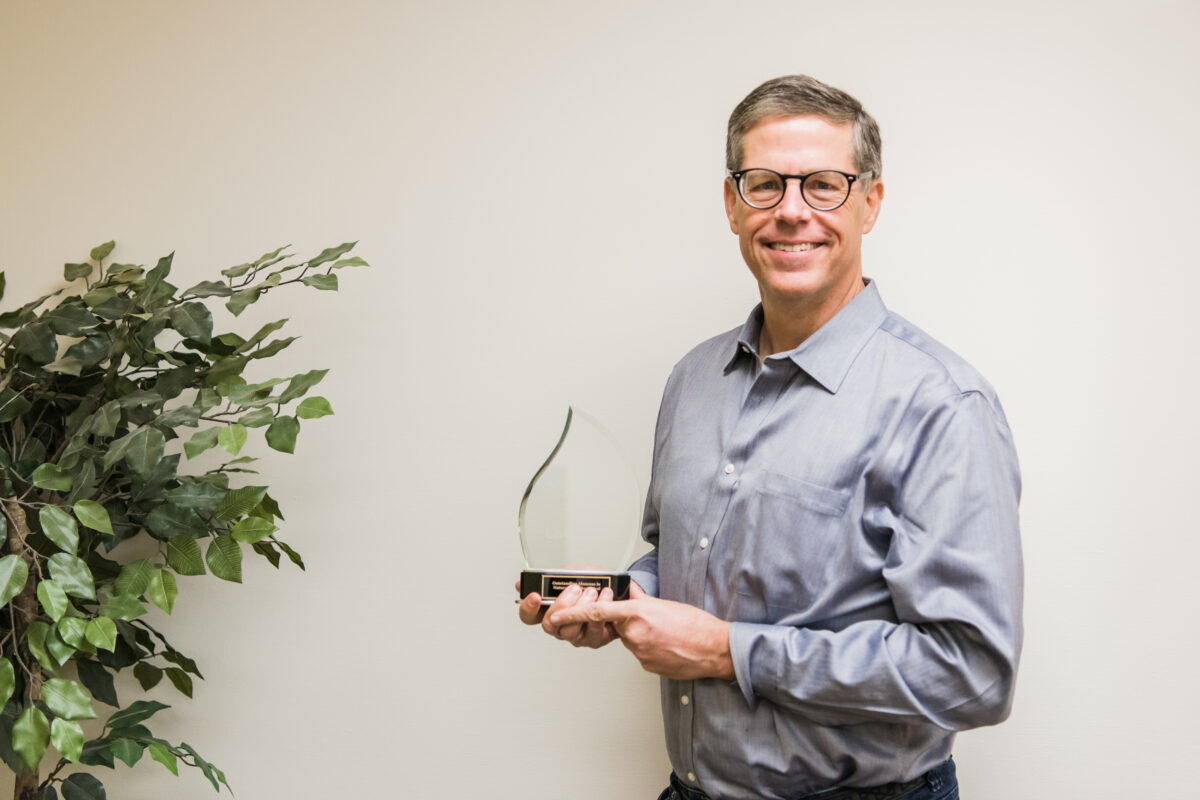 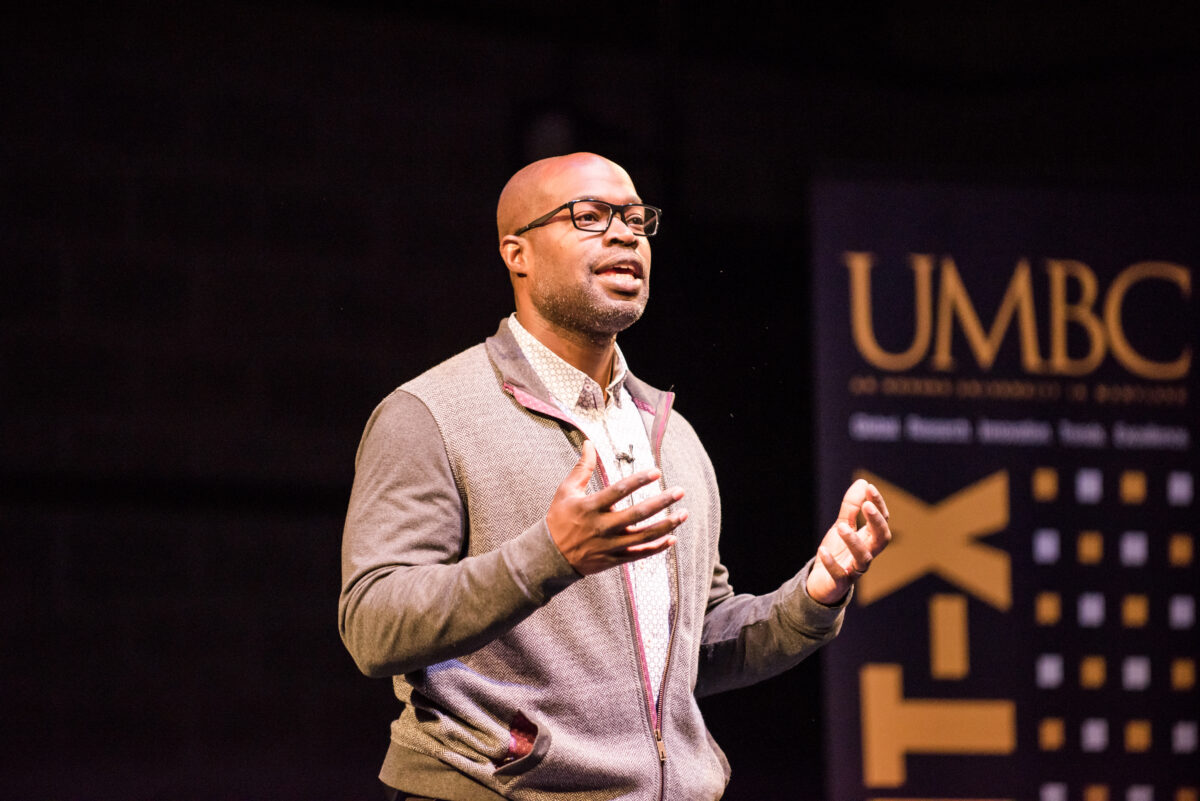 After graduating from UMBC in 1986, Doms went on to earn a Ph.D. in economics from the University of Wisconsin-Madison. As an economist with a focus on public policy, Doms has held roles in the Federal Reserve system, the executive branch, and the legislative branch, including joining the Obama administration in 2009 as the Chief Economist at the Department of Commerce. In 2013, the United States Senate confirmed Doms as Under Secretary for Economic Affairs at the Department of Commerce. Currently, Doms serves as the Chief Economist at the Congressional Budget Office, providing high-quality, non-partisan analysis to Congress.

Meanwhile, after leaving UMBC, Dzirasa went on to earn his Ph.D. in neurobiology from Duke University and his M.D. from the Duke University School of Medicine. His ultimate goal is to combine his research, medical training, and community experience to improve outcomes for diverse communities living with neurological and psychiatric illness.

Dzirasa’s work has earned him numerous accolades, including the Presidential Early Career Award for Scientists and Engineers in 2016 and the Benjamin Franklin NextGen Award in 2022. He was inducted into the American Society for Clinical Investigation in 2019, and in 2021 was inducted into the National Academy of Medicine and named a Howard Hughes Medical Institute investigator. Dzirasa currently serves as an associate professor at Duke University with appointments in the Departments of Psychiatry and Behavioral Sciences, Neurobiology, Biomedical Engineering, and Neurosurgery.

Leaders in law and the arts

On May 26, UMBC will host two undergraduate commencement ceremonies. Tiffany Holmes, M.F.A. ’99, imaging and digital arts,and Ricardo Zwaig ’77, Spanish,will speak at the first ceremony, addressing graduates in the College of Arts, Humanities, and Social Sciences, the School of Social Work, and the Erickson School. 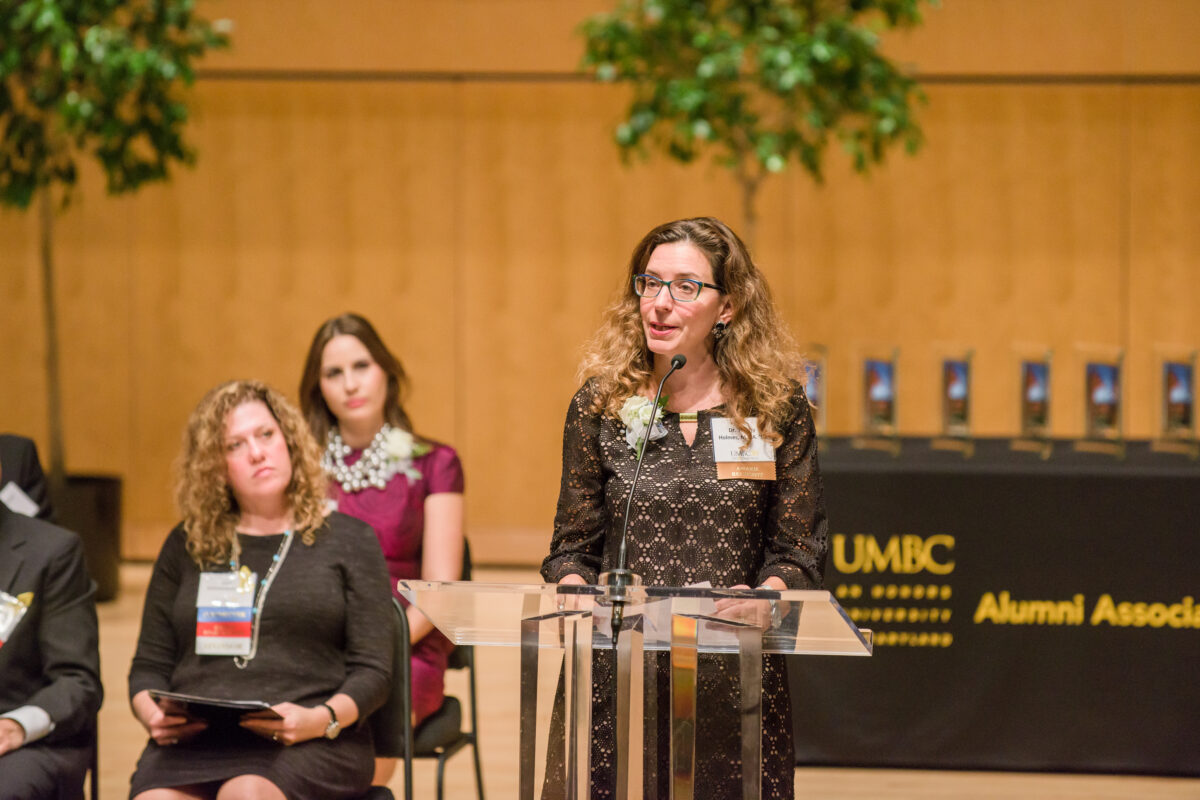 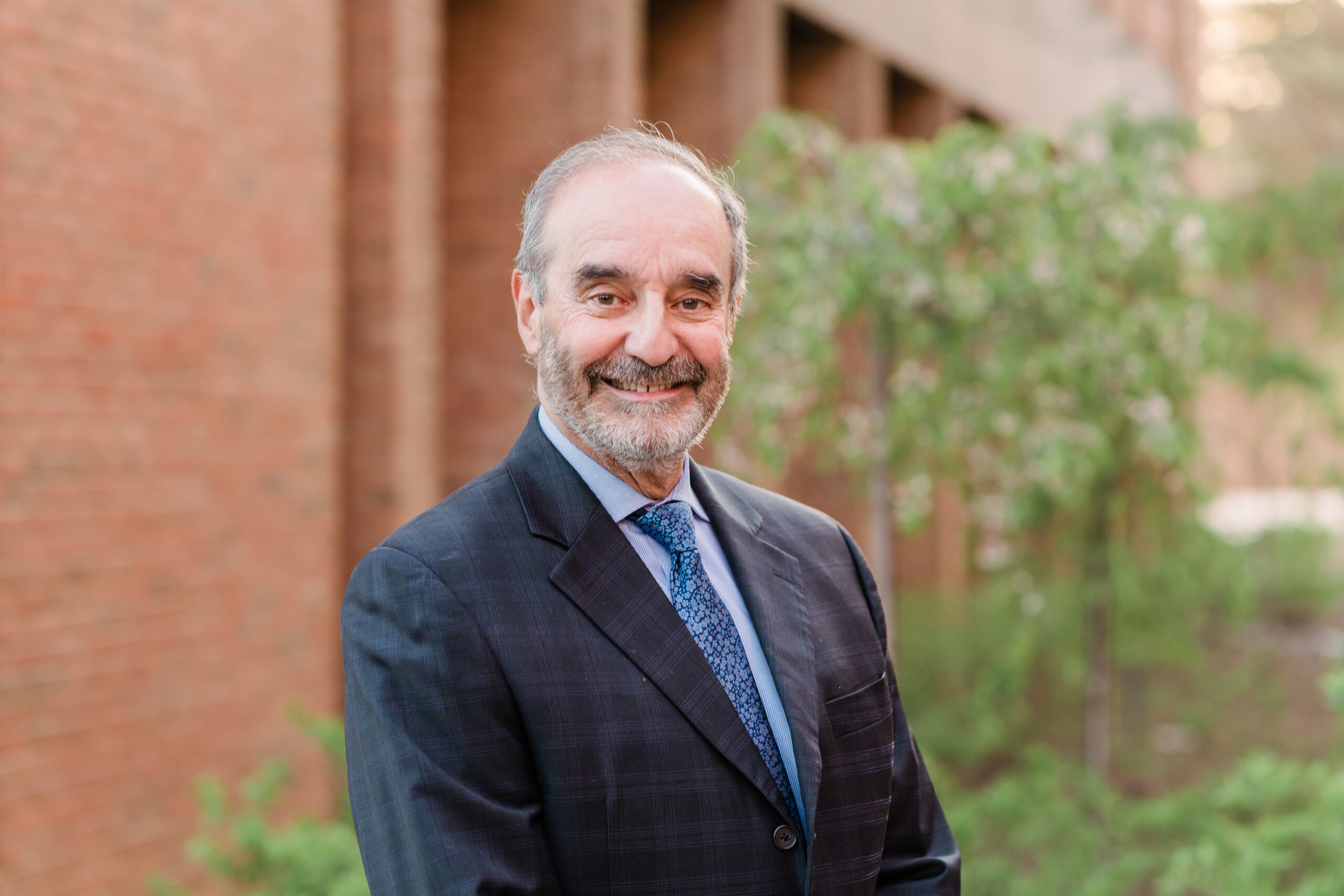 Holmes earned her B.A. in art history from Williams College, an M.F.A. from the Maryland Institute College of Art (MICA), an M.F.A. in digital arts from UMBC, and a Ph.D. from the University of Plymouth. Her studio practice explores the potential of art and design to promote environmental awareness, and has exhibited across the globe at the Museum of Contemporary Art Chicago, J. Paul Getty Museum in Los Angeles, 01SJ Biennial, Siggraph 2000, Interaction ’01 in Japan, ISEA Nagoya, Microwave Festival, Hong Kong. Holmes is currently the interim vice president of Academic Affairs and provost at MICA, after spending 18 years at the School of Art in Chicago as a full professor and dean.

Judge Zwaig earned his law degree from the University of Maryland School of Law after graduating from UMBC. He began his career as a state public defender in Baltimore City before joining the Office of the Federal Public Defender in 1991. He and his brother Michael Zwaig ’81, history, also established the Law Offices of Zwaig & Zwaig, P.A., and helped establish UMBC’s Esperanza Fund in 2008, which offers scholarships for Latinx students.

In 2010, Judge Zwaig became the first Hispanic male appointed to the Maryland Judiciary and was awarded the Maryland Hispanic Bar Association’s Outstanding Achievement Award. He has also served on the Board of Directors for the Columbia Foundation, taught at Catholic University, Columbus School of Law, and at the National Institute for Trial Advocacy Program at the Georgetown University Law Center. 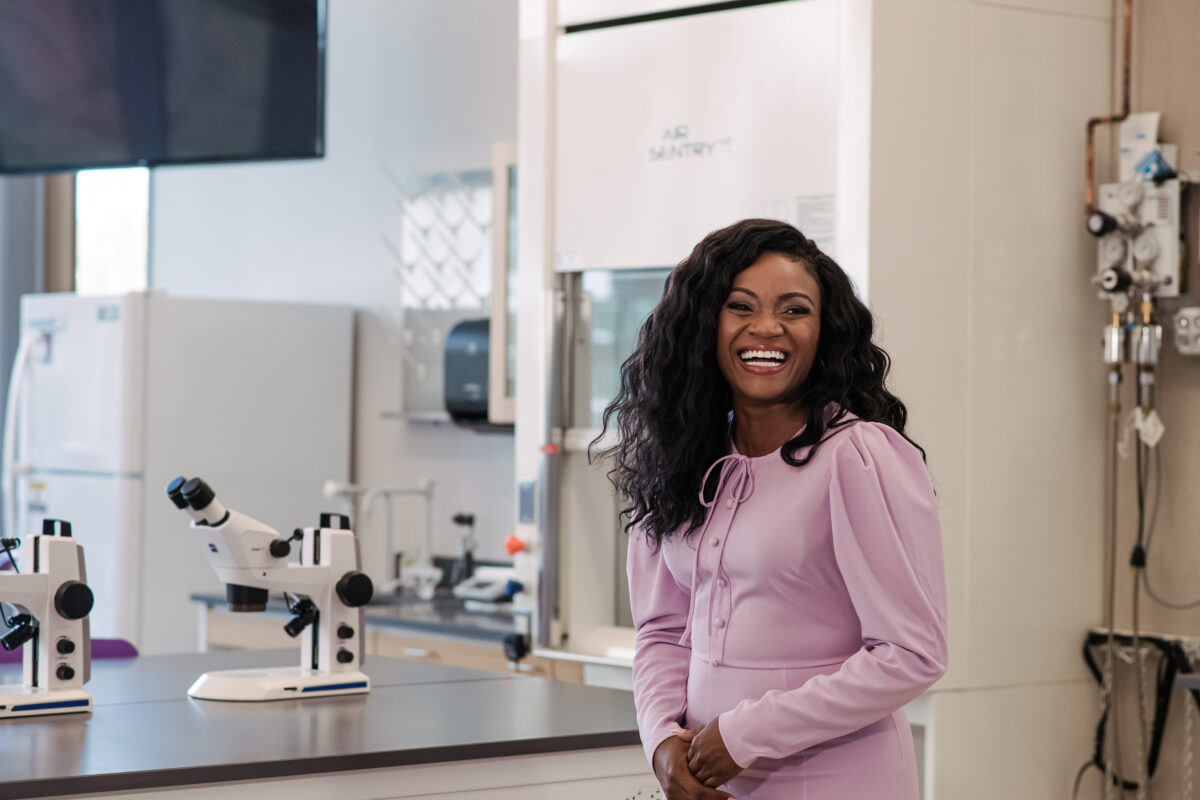 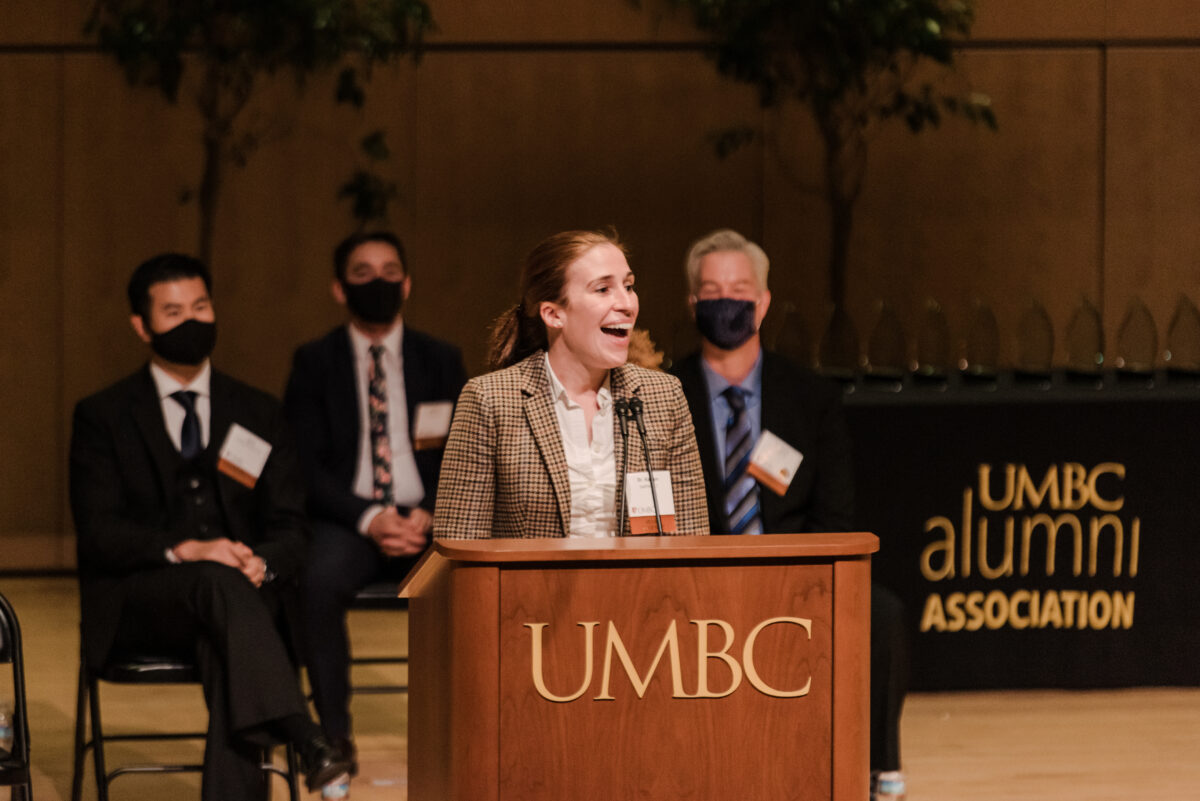 After graduating from UMBC, Corbett went on to earn her Ph.D. in microbiology and immunology from the University of North Carolina at Chapel Hill. Throughout her more than 15-year career studying infectious diseases, she has received several prestigious awards, including the Benjamin Franklin Next Gen Award and the Salzman Memorial Award in Virology. Her work was also instrumental in the development of mRNA-1273, a leading vaccine against SARS-CoV-2 deployed by industry partner Moderna, Inc. Corbett is currently an assistant professor of immunology and infectious diseases at Harvard’s T.H. Chan School of Public Health, Shutzer assistant professor at Harvard’s Radcliffe Institute of Advanced Study, and associate member of the Phillip T. and Susan M. Ragon Institute. She also recently established the Kizzmekia S. Corbett Endowed Scholarship to support students in the Meyerhoff Scholars Program who are emerging leaders at UMBC or in the community.

Sadtler earned her Ph.D. from Johns Hopkins University School of Medicine after graduating from UMBC. She completed a postdoctoral fellowship at the Massachusetts Institute of Technology. Sadtler is currently an investigator and chief of the section on immunoengineering at the National Institute for Biomedical Imaging and Bioengineering, of the National Institutes of Health. Her work has earned her several awards, including a TED Fellowship, an NIH Director’s Award for Mentorship and for her work on COVID-19, as well as inclusion on the 2019 Forbes 30 Under 30 List in Science and the 2021 MIT Technology Review 35 Innovators Under 35 List. Sadtler was also named a World Economic Forum Young Global Leader in 2022.

“When I learned of this year’s honorary degree recipients, I was immediately filled with a sense of pride in knowing that they are not only UMBC alumni but that each has been recognized by the community as Alumni of the Year recipients in recent years,” said Stanyell Odom, Director of Alumni Engagement. “The individual and collective stories and the impact they’ve made will continue to inspire me for many years to come.”