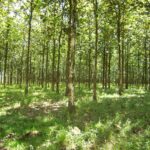 Trees store carbon, filter the air, create habitat, and supply a host of other benefits for animals and people. Planting the right trees, in the right places, in consultation with local communities, can support goals like addressing climate change and improving lives. However, new research led by Matthew Fagan, assistant professor of geography and environmental systems at UMBC, finds that some trees planted in the tropics may be doing more harm than good.

The study, published in Nature Sustainability, examined the increase in tree cover across the global tropics between 2000 and 2012. Fagan and colleagues found that, surprisingly, tree cover gains during that period were equally attributable to natural forest regrowth and the creation of tree plantations. The most common tree plantation species were rubber, eucalyptus, and oil palm.

“Ecologists have been sounding the alarm on this for over a decade,” Fagan says. “But no one’s had a hard number about how much this is actually happening.” 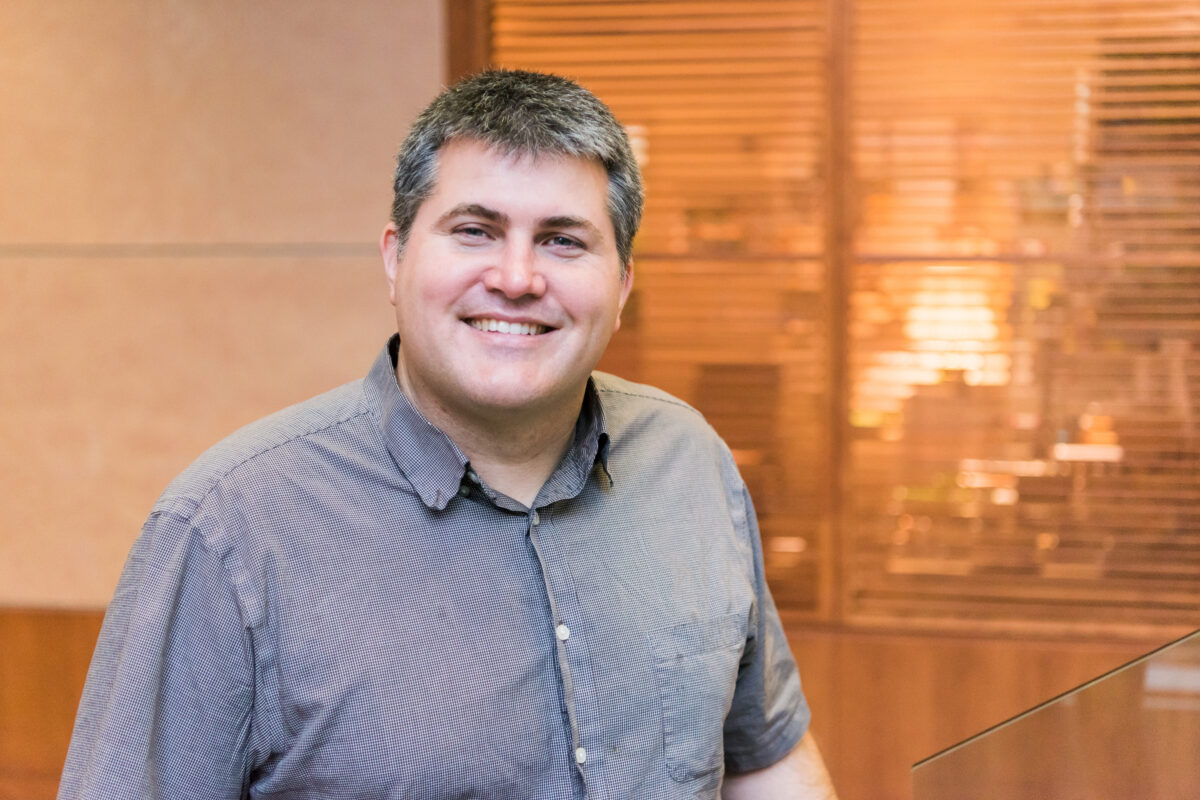 When tree planting is lose-lose

In recent years, dozens of nations have committed to restoring large areas of forest. Tree plantations make up 45 percent of commitments to the Bonn Challenge, an international initiative to restore degraded and deforested landscapes. But Fagan is concerned that these plantations may have unintended consequences.

For example, China has undertaken a massive tree-planting effort at the edge of the Gobi desert, and many African countries have committed to planting trees at the transition between the Sahara desert and Sahel grassland. The goal is to prevent desert expansion, but the plantings can cause harm. Disturbing the soil releases carbon, and trees are water hogs. They end up “killing off the grassland that was there, and then they often die of drought,” Fagan says. In these situations, tree planting is lose-lose.

Similarly, in Brazil, soy farmers moved out of the Amazon and into the Cerrado, one of the world’s largest savannas. Pine and eucalyptus tree farms followed. The Cerrado supports a wealth of biodiversity, and the carbon it stores underground rivals rainforest carbon sequestration, Fagan explains. Tree crops in the Cerrado may count toward Brazil’s reforestation commitment, but could actually be a step backward in mitigating climate change and biodiversity loss.

“In the U.S., we have a huge area of relatively wet woods, and we tend to idolize planting trees as sort of the ultimate environmental act,” Fagan says. “But there’s a lot of value in grasslands and savannas that we don’t necessarily see. And when you plant trees, you essentially destroy that ecosystem.”

In response to his team’s new research, “I would really like to see governments around the world reassess their restoration plans,” Fagan says, “or at least be more transparent when their plans involve tree planting, especially in areas that may not be appropriate for planting trees.” 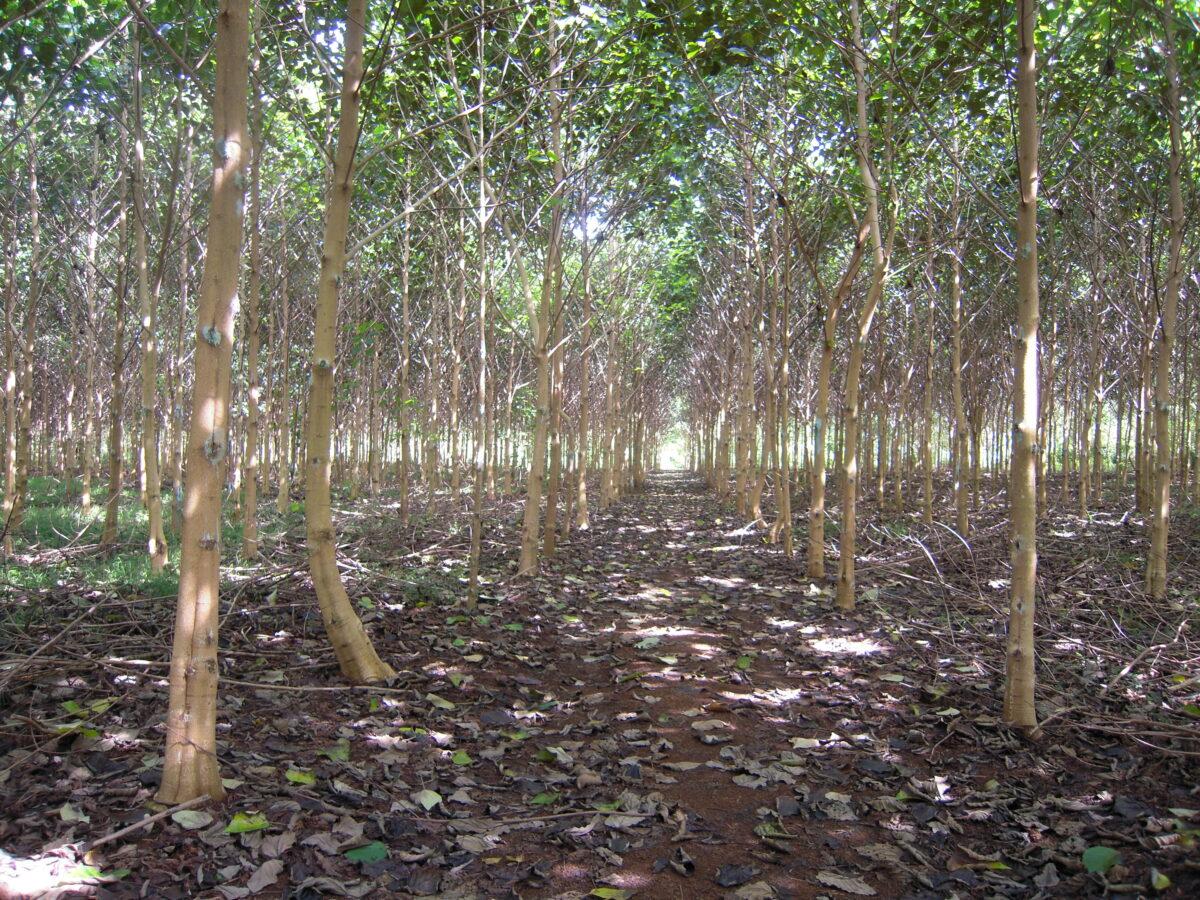 Fagan’s new paper also revealed the extent to which tree plantations are invading protected areas. The problem was so bad that he had to overhaul the algorithm his team used to differentiate between data representing natural forest regrowth and tree plantations.

Initially, the algorithm used park boundaries as a proxy for natural forest regrowth areas. But it wasn’t working. To figure out what was wrong, Fagan spot-checked 20 parks, and found that three had multiple plantations inside them. That got him curious.

Six weeks later, he had manually checked for plantations in every park in the tropics. When he found plantations, he either redrew the park’s boundaries or, if the park was too compromised, removed it from the data completely. Using the resulting new maps, the algorithm could detect natural forest regrowth versus tree plantations with more than 90 percent accuracy.

“It was very disturbing to see there were just so many parks that were compromised,” Fagan says.

The new maps allowed the team to find many more regrowth areas and plantations than expected from government estimates. Several UMBC undergraduates are authors on the paper because of their contributions to this data analysis. Each student manually checked at least 1,000 patches, some as many as 3,000.

“In the end, the tropics is a much more modified place than we were expecting,” Fagan says. “There’s a whole host of reasons that we see these encroachments, but they’re definitely happening all over the world. We see a steady erosion of these parks by plantations, and the industry is just getting started.” 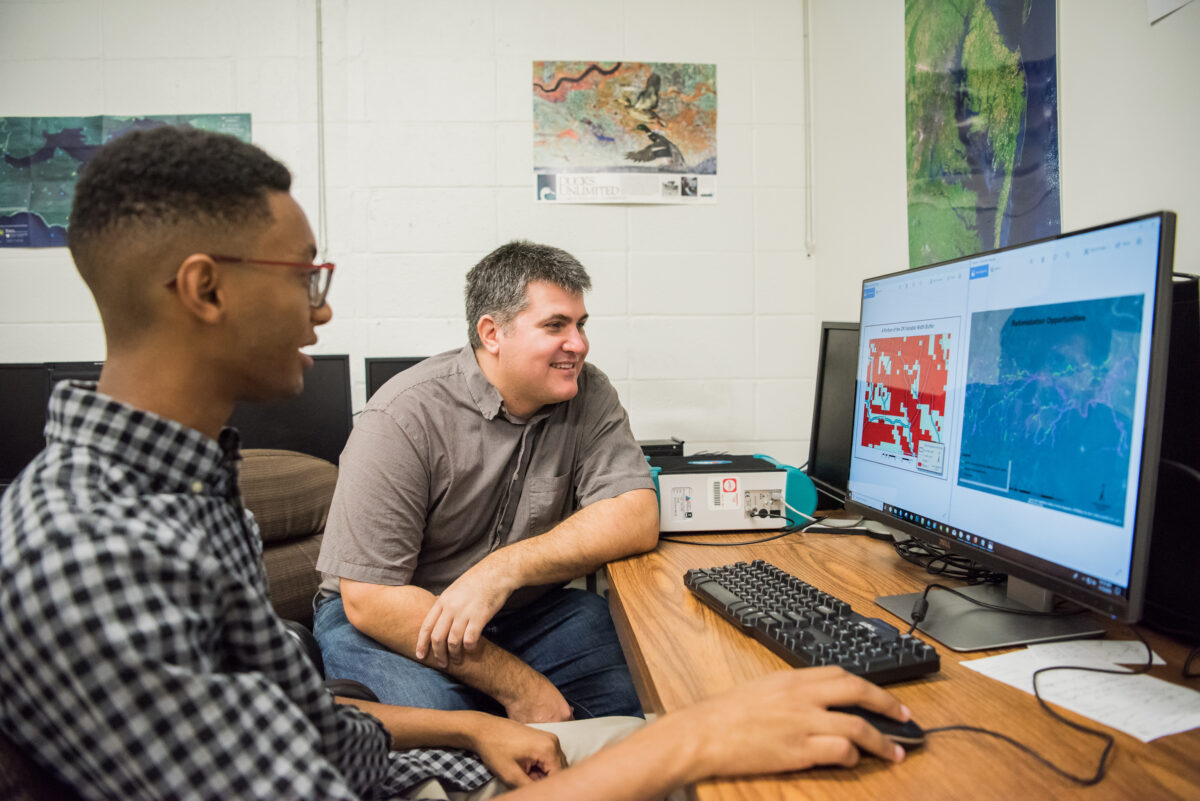 Matthew Fagan (right) and Joshua Slaughter ’22, computer engineering, who was a co-author on the current paper, examine data for a study on the longevity of secondary forests in Latin America. (Marlayna Demond ’11/UMBC)

When setting out on this research, the team had a simple question: How many planted trees are there in the world? “It seemed like a strange thing not to know,” Fagan says. As the work progressed, they asked whether trees were being planted where they shouldn’t be and whether plantations were expanding into parks. They’ve found the results concerning, but they also have reason for hope.

Trees can do a lot of good, and planting more of them can be a significant factor in addressing the impacts of climate change. But it has to be done right. “This paper shows it’s possible to monitor natural forest versus plantation at a global scale,” Fagan says, “so we can encourage the results we want and discourage results we don’t want.”

He also hopes the results will inspire everyone to be more conscious of where their products—from paper to food to shampoo to tires—come from, and to demand that companies producing those products in tree plantations adopt more sustainable practices.

“If we make our choices en masse, it does shift the direction that these companies go in,” Fagan says. And despite our love for trees in the U.S., he notes, forests are not the only ecosystems that can help mitigate the effects of climate change and biodiversity loss. Savannas and prairies also have an important role to play.

“We need to be cognizant that not all tree planting is beneficial for the ecosystem involved,” Fagan says. “The right tree in the right place is the right answer.”