IMPORTANT: You are using an older version of Other that may not be supported in the future. Upgrade Now
Classic
UMBC News & Magazine
Institutional Group • 12 people
0

A Season of Change for the CADVC

For more than 30 years, Symmes Gardner has worked with the Center for Art, Design and Visual Culture (CADVC) at UMBC, and in that time helped transform the gallery into an internationally-recognized hub for art, research, and technology on the UMBC campus.

Gardner retires this month having hosted historic retrospectives of artists like Adrian Piper, Kate Millett, and Fred Wilson, while simultaneously supporting annual student and faculty exhibitions. Notably, every major CADVC exhibition has been accompanied by a catalog designed in collaboration with Visual Arts faculty. A majority of these catalogs remain available through the CADVC website.

Rebecca Uchill, who has served as director of community engagement initiatives at the College of Visual and Performing Arts at UMass Dartmouth, will begin as director of CADVC on July 1, bringing with her a commitment to carry on CADVC’s tradition of exceptional art and engagement. 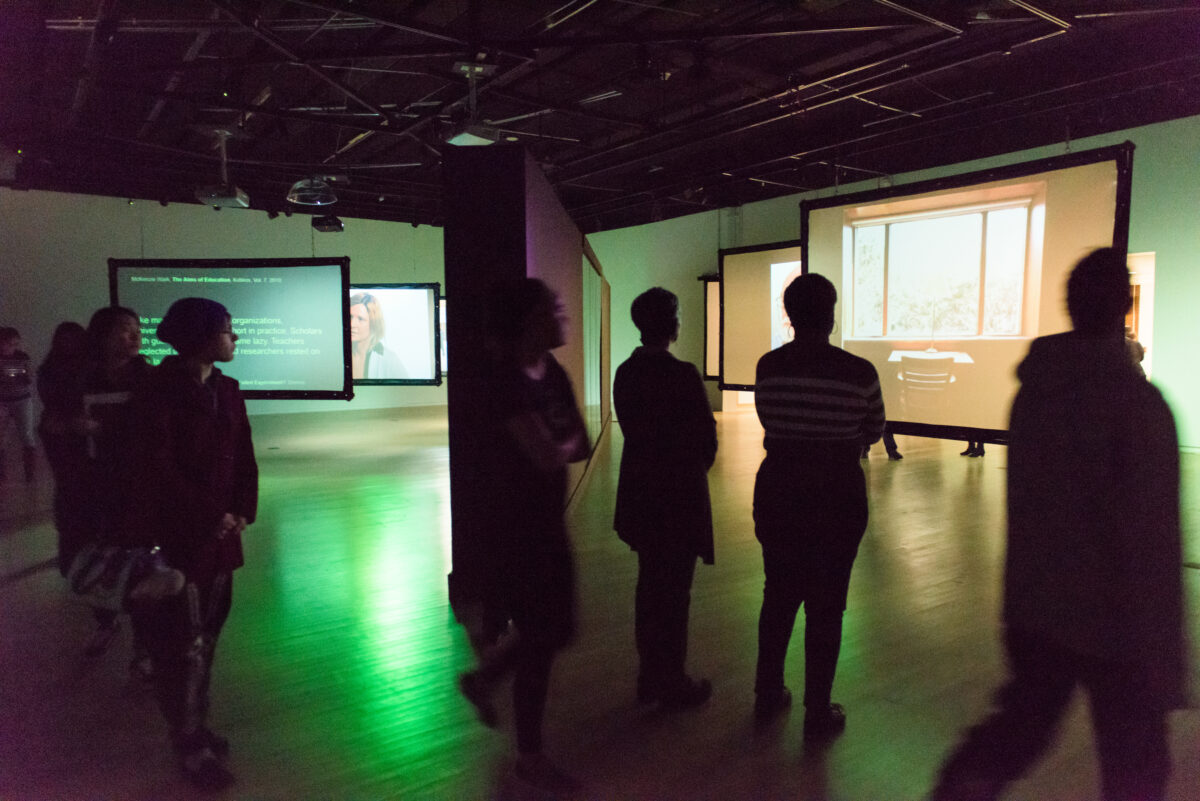 Putting the CADVC on the map

Gardner’s tenure with the CADVC began in 1989, and he took over directorial responsibilities after founding director David Yager left for a position at UC Santa Cruz.

“I feel really fortunate and lucky,” Gardner says. “We had had a good team from the beginning, and were allowed a fair degree of autonomy to investigate and grow.” 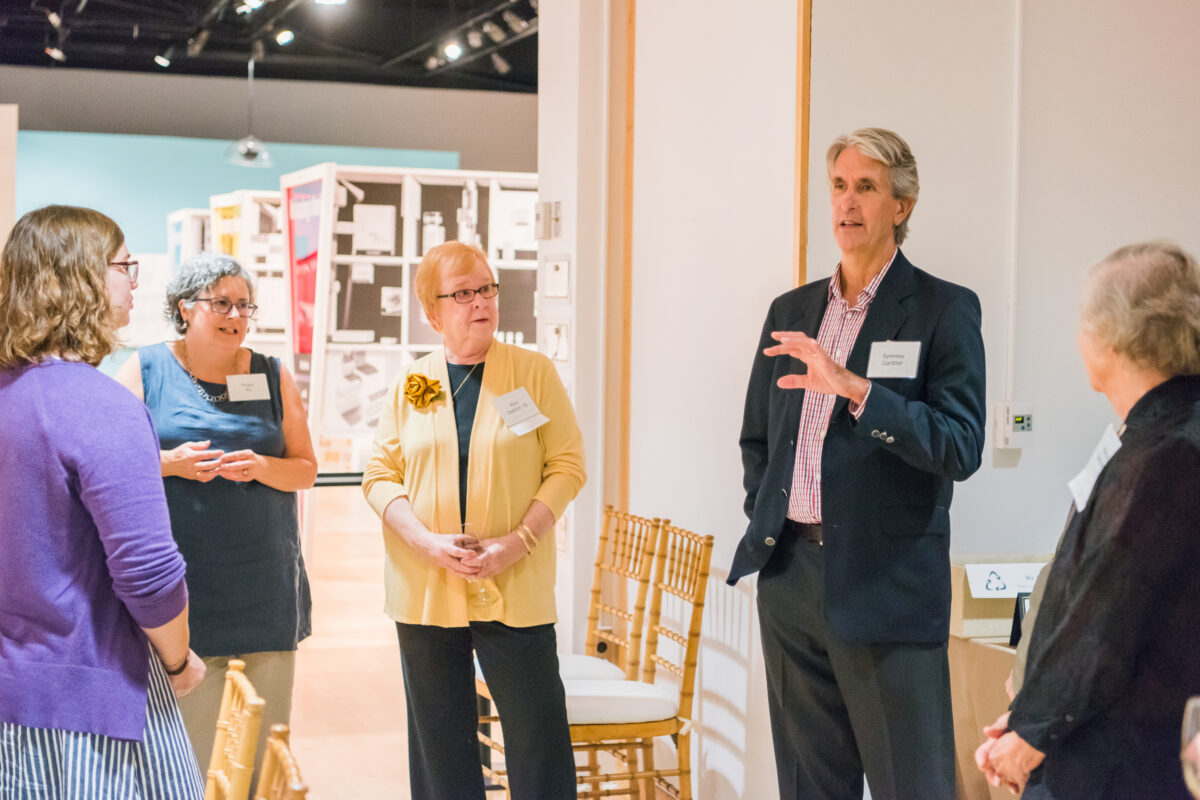 Gardner’s team included the curatorial contributions of Maurice Berger, the influential art historian whose work radically advanced the dialogue about the ways museums and archives dealt with race prior to his death in March 2020. Berger’s numerous contributions to the CADVC included curating For All The World To See: Visual Culture and the Struggle for Civil Rights, which came to the CADVC in 2012-2013 after opening at the Smithsonian, and later traveled around the United States. This legendary exhibition remains available to view via the CADVC website.

“Maurice really challenged us to bring together traveling exhibitions that were incredibly timely,” says Gardner. “That really helped the CADVC and put us on the map, and the university allowed us to conduct ourselves like we’re in a laboratory.”

Under Gardner’s guidance, the CADVC also expanded its reach beyond its gallery walls, including numerous touring exhibitions as well as the Joseph Beuys Sculpture Park, created in 2001 as a tribute to Beuys’ 7000 Oaks project on the south side of the UMBC campus. 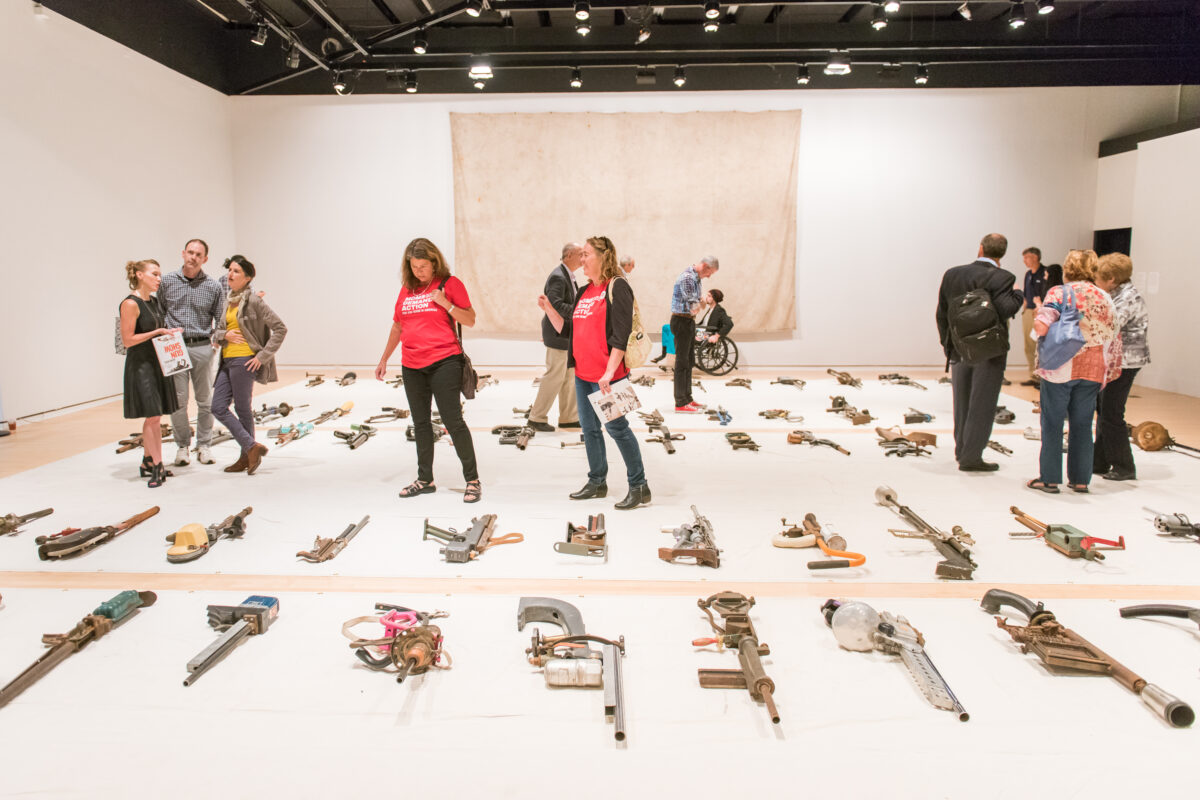 At 2017’s Gun Show, artist David Hess presented dozens of life-size sculptures of assault rifles made from what he calls “rescued” objects – ranging from an old black sneaker and vintage turquoise sewing machine, to a raggedy crutch and pink Barbie bike frame – to foster dialogue around gun violence.

Gardner’s departure leaves the CADVC’s legacy in good hands. Rebecca Uchill, an art historian and curator who most recently served as director of community engagement initiatives at UMass Dartmouth, arrives this summer ready to build on an already impressive career. 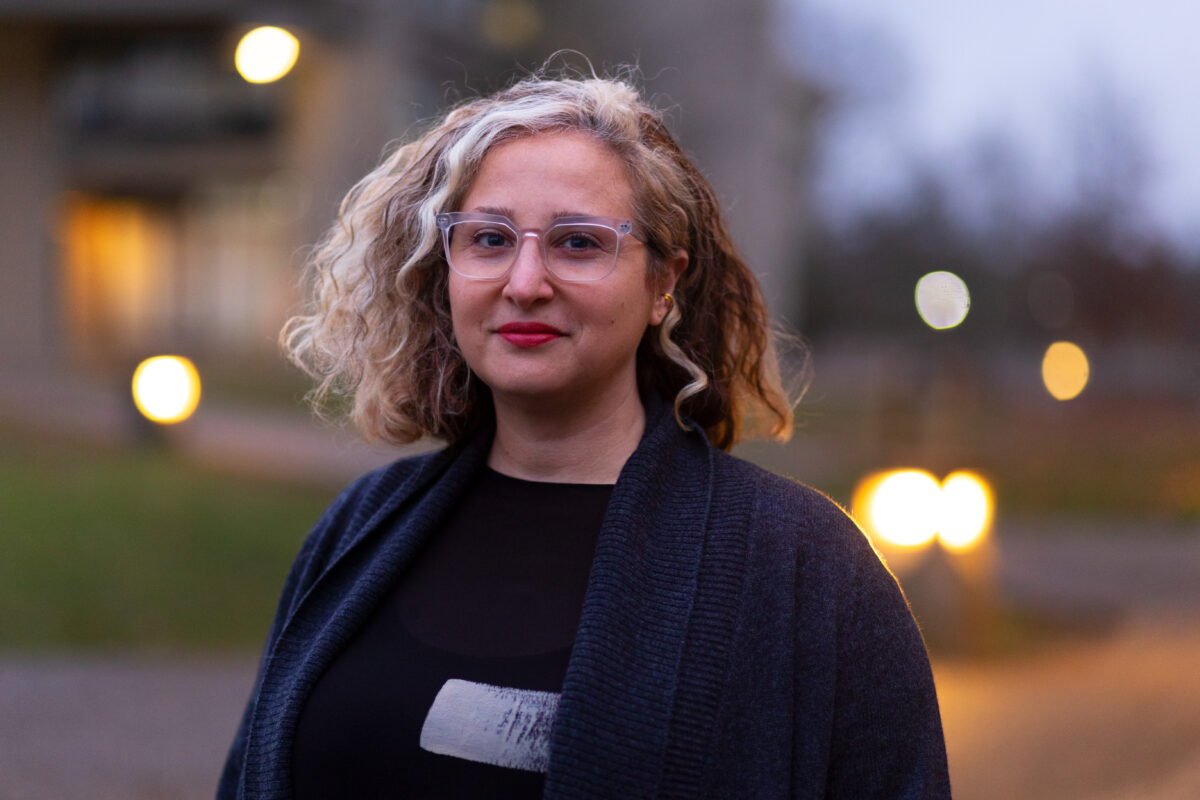 Uchill worked with the National Park Service in revitalizing Holt’s Spinwindersculpture on the UMass Dartmouth campus through a new tour that connected Holt’s legacy with the Massachusetts textile industry.

“I am interested in what the public presentation of art and visual culture can mean to a university campus environment,” says Uchill. “I think it’s an important part of any academic, interdisciplinary, social, community minded public-facing discussion that work is accessible for a broader general public.”

Previously, Uchill was a Mellon Postdoctoral Fellow with the Center for Art, Science & Technology (CAST) at MIT, where she co-edited two publications: Experience: Culture, Cognition, and the Common Sense (2016) and Being Material (2019).

Uchill has curated exhibitions at Harvard University, the Indianapolis Museum of Art, and MASS MoCA. Her publication CV includes serving as editor of Art Journal Open, as well as scholarly publications in Architectural Theory Review, Journal of Art Historiography, and Journal of Curatorial Studies.

“UMBC is a cool, nerdy place, and I really thrive in that kind of environment,” says Uchill. “CADVC is part of that culture, and builds on that research-centered mission, which excites me. I wouldn’t be in the business of working in the arts if I didn’t think that they were the most important tools for reflecting on and understanding what’s happening in the world.”