IMPORTANT: You are using an older version of Other that may not be supported in the future. Upgrade Now
Classic
UMBC News & Magazine
Institutional Group • 12 people
0

After four seasons at UMBC, Courtney Coppersmith’s name has become synonymous with success on and off the softball field. The America East Conference agrees. Yesterday, Coppersmith ‘22, biochemistry and molecular biology, was named America East Woman of the Year.

The America East introduced the Woman of the Year award in 2006 and the Man of the Year followed in 2015. Coppersmith is the first Retriever in university history to achieve this honor and only the second softball player ever represented.

This is one of many UMBC records set by the pitcher from York, PA, and her team. With titles in 2019, 2021, and 2022, UMBC was the first team to win three consecutive America East conference championships since UAlbany in 2006-2008. (No championship was held in 2020, due to COVID-19.) In 2022, Coppersmith was named America East Pitcher of the Year for the third consecutive year. She’s the second player in conference history to nab the award three times. 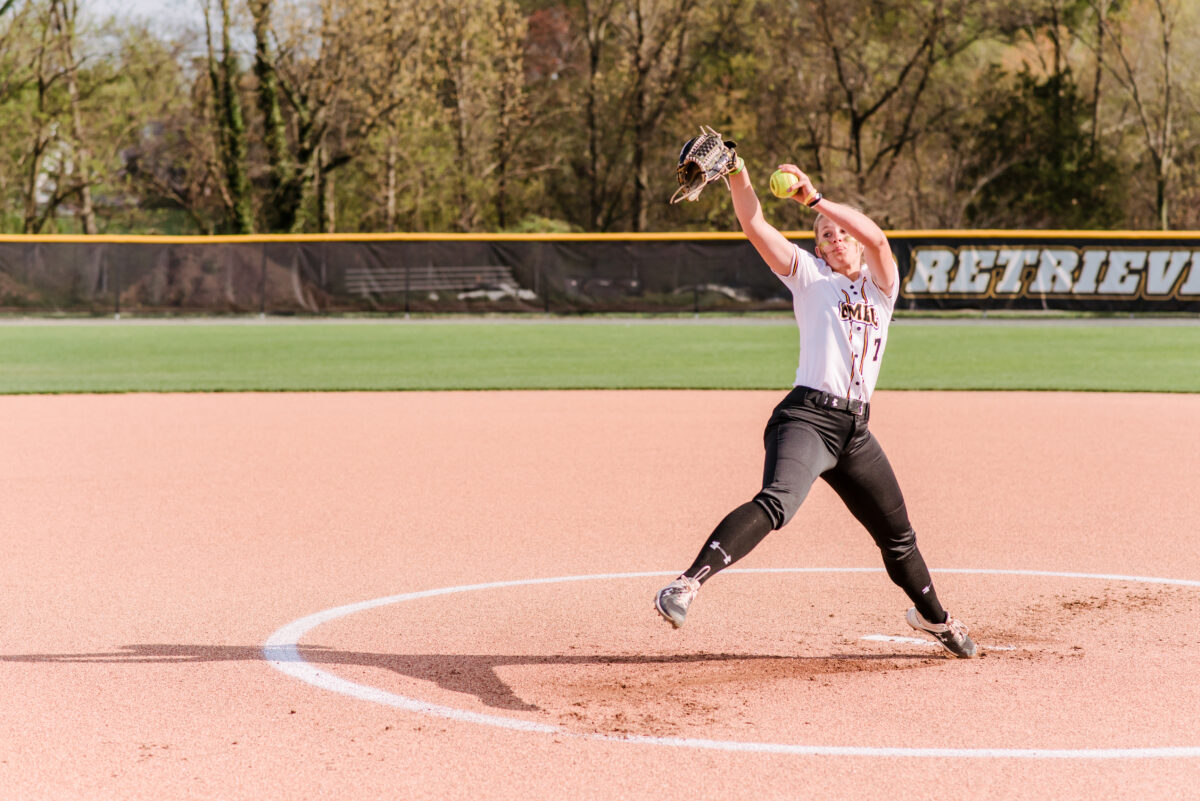 “Courtney has been an exceptional athlete and a leader on the field, a high-level student in the classroom, and has a servant’s heart for people around her and in the community,” says head coach Chris Kuhlmeyer. “We are honored that she has received the Woman of the Year award and look forward to seeing her continue to excel in her final year at UMBC.”

As Kuhlmeyer mentioned, Coppersmith will continue her academic career at UMBC for her final year of athletic eligibility. She will pursue a Ph.D. in chemistry, with a focus in organic chemistry. Katherine Seley-Radtke, professor of chemistry and biochemistry and president of the International Society for Antiviral Research, will serve as Coppersmith’s mentor.

In addition to her athletic and academic strengths, Coppersmith has worked to increase the visibility of athletes’ mental health needs. After struggling with depression during an intense first year at UMBC, she wrote an essay about her experiences that won a national contest and earned coverage from Major League Baseball and ESPN. Her story resonated with fellow athletes, whom she has supported through advocacy and encouragement. She has also helped them build networks of support and a sense of community connection, often through service.

The conference describes Woman of the Year honorees as student-athletes who have “best distinguished themselves throughout their collegiate career in the areas of academic achievement, athletic excellence, service and leadership.” Coppersmith will now serve as the America East’s nominee for the NCAA Woman of the Year, which will be announced this fall.