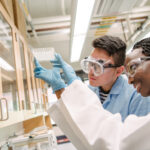 It can take more than 10 years and a billion dollars to get one new drug approved, and less than 10 percent of drugs succeed in clinical trials. Part of the problem is that common techniques used to study drug candidates, such as simple cell cultures and mouse models, don’t accurately represent how a drug will behave in the human body, says Chengpeng Chen, assistant professor of chemistry and biochemistry. 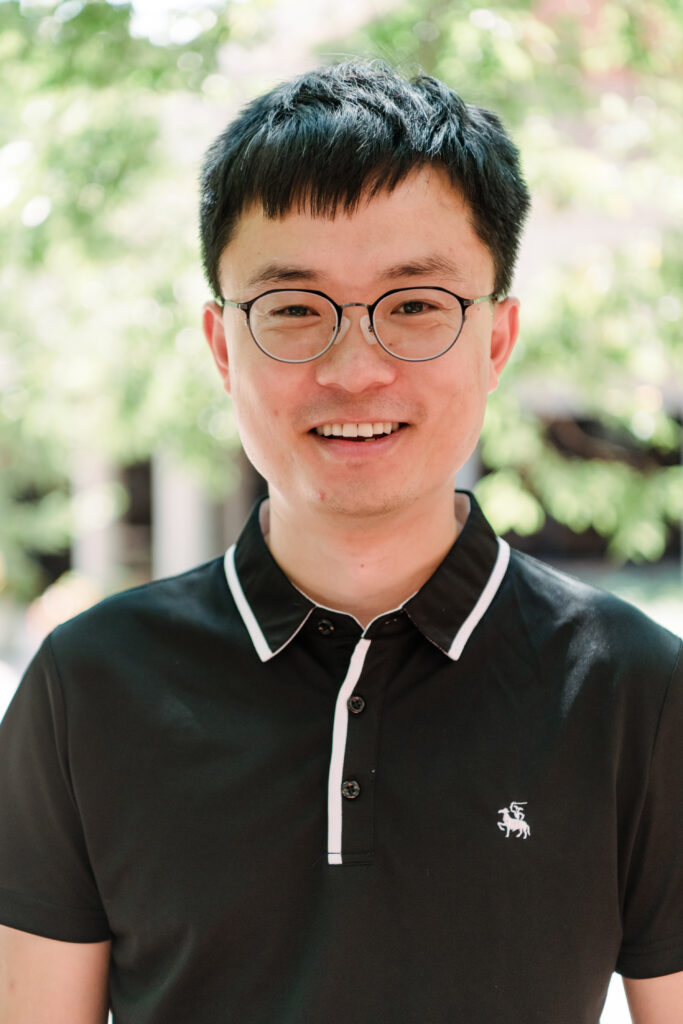 The low success rate motivated Chen to pursue development of more realistic models of human organs, starting with the liver. The hope is that researchers will one day use these models early in the drug development process to rule out drug candidates that are doomed to fail later on. That way, companies can quickly divert resources to projects with more promise. A new five-year, $1.7 million grant from the National Institute for General Medical Science will support Chen’s interdisciplinary work.

Chen learned about the concept of “organs-on-a-chip” during his postdoctoral research. These 2D, usually plastic devices use tiny amounts of liquid in tiny tubes to imitate organ function. He was hooked on the idea of creating miniature, realistic models of human systems. In addition to supporting drug development studies, such systems can increase understanding of many diseases, without the ethical issues that accompany using animal or human subjects.

Chen’s first goal is to perfect his liver model, which goes a step beyond an organ-on-a-chip. Instead of a 2D mimic in plastic tubes, “We’re mimicking everything—the cell types, the architecture, and also the 3D microenvironment of the cells,” he says. Ultimately, he hopes to expand to other organs, but the liver is an important place to start, he says. The liver is involved in the metabolism of many drugs, and liver diseases are common.

Other models have recreated single cell types in the liver, but if successful, Chen’s will be the first to include all four major cell types interacting with each other the way they do inside the body.

“We can recreate the architecture of the real tissue, so when we put the cell types together, we think they will show total liver function,” Chen says. “But if we want to study them separately, we can separate them easily.”

While this might sound like the beginning of a quest to grow artificial organs for transplant, “We’re not there yet,” Chen says. He and his group will create “miniaturized liver functional units” that represent all the functionality of the liver on a tiny scale, mainly for biomedical research purposes. While a complete liver contains about 500 billion cells, each model will have approximately 2 million cells and be about the size of a typical thumbtack.

The goal is to create a model that researchers anywhere can replicate. “We want to make this technology standardized and modular,” Chen says, “so that anyone can build the model like Legos.” 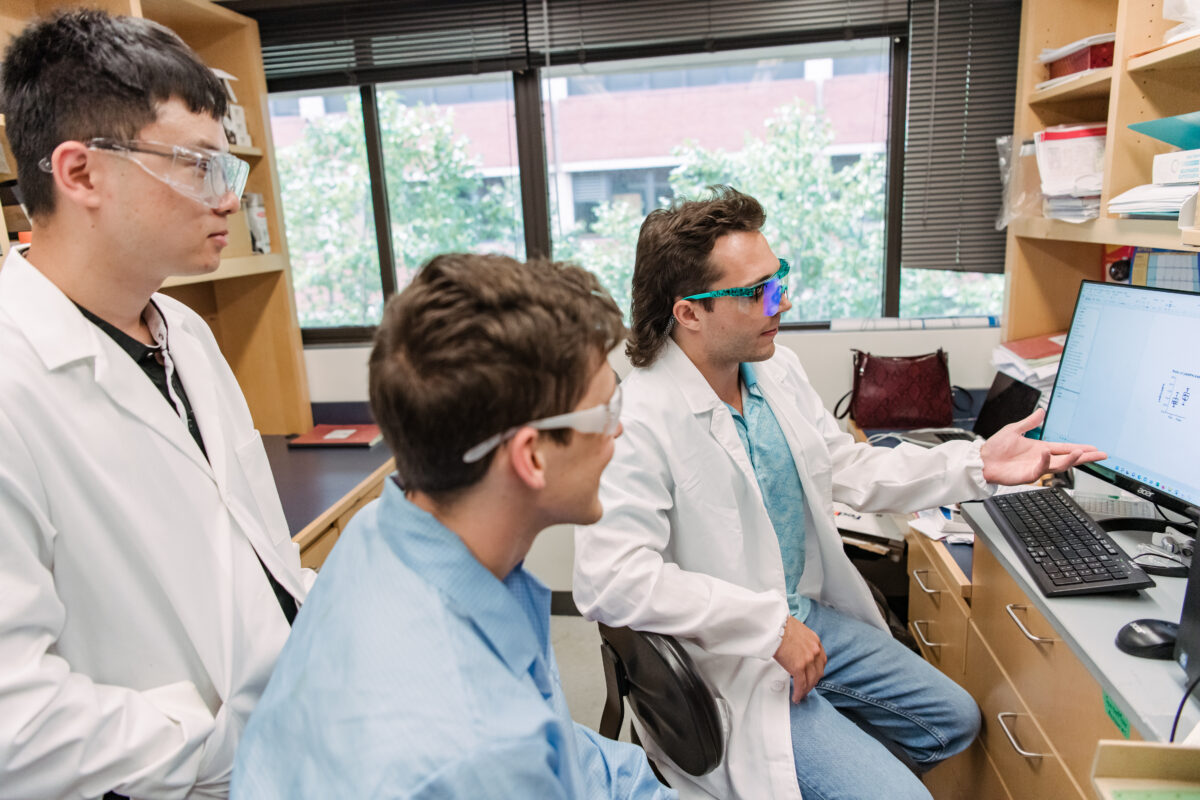 Once Chen’s team optimizes the model, Chen is interested in looking at how the extracellular matrix—the material in between cells that binds them together and helps shuttle material from cell to cell—influences activity inside the cell, and how it changes during the course of disease. 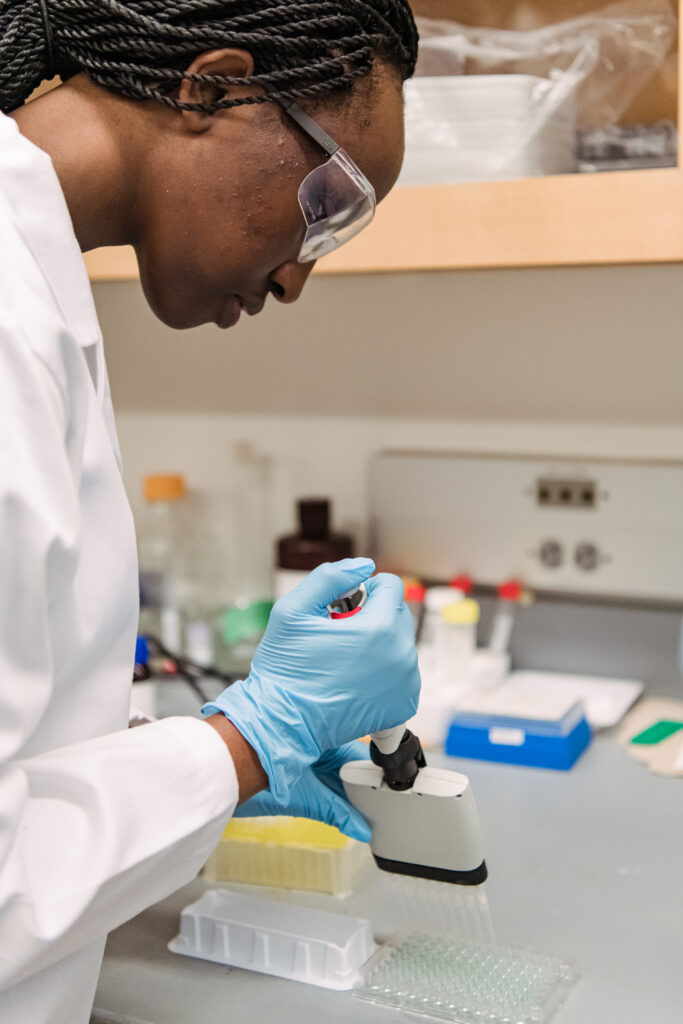 A disease known as liver fibrosis induces changes in the extracellular matrix (ECM), stiffening and thickening the liver. Some researchers have looked at how the ECM affects various functions within liver cells, but not at how it may drive metabolic processes. That’s what Chen’s team will look at first with the new model, which should give more comprehensive results than looking at single cell types alone.

They’ll investigate how ECM changes affect essential metabolic pathways like energy production, construction of lipids and amino acids, and oxidative stress. Then they’ll conduct an untargeted sweep of all metabolites in the cell, measuring whether and how they are affected by ECM changes.

Shared facilities on campus administered by the College of Natural and Mathematical Sciences, such as the Keith Porter Imaging Facility and Molecular Characterization and Analysis Complex, will make the work possible.

In the long term, “the ultimate biological goal is to find new therapies for fibrosis diseases,” Chen says. “New knowledge is needed. We’re starting with the liver in this project, because liver fibrosis is one of the most prevalent fibroses. And it’s fatal.”

There are other diseases that involve ECM changes, too. “If we can figure out how those changes cause disease,” Chen says, “it’s not just a fundamental science question, but also has biomedical applications.” 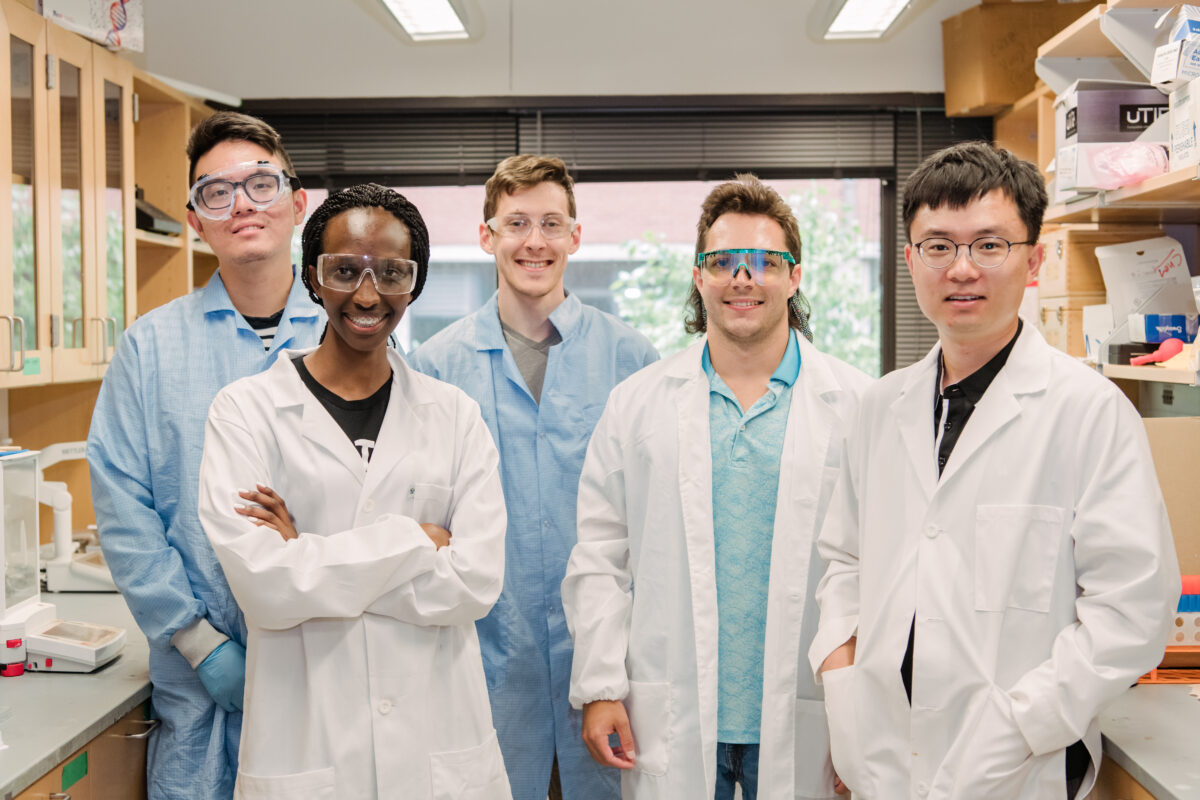 Some may be surprised that Chen is in the chemistry and biochemistry department, given the biological and even engineering nature of his work. Chen is part of a new generation of scientists that doesn’t hesitate to forge connections across disciplines.

“I really don’t see a boundary for chemistry work,” Chen says. With the new grant, he plans to add at least two new graduate students to the group, who will receive training in a wide range of techniques and disciplines.

Whether developing technologies to generate new models, measuring biological functions in tissues, or studying the roles of individual metabolites in chemical pathways, Chen’s work puts him at the frontier of scientific research and in position to have a significant public impact.