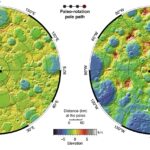 A new study published in Planetary Science Journalhas determined how the Moon’s poles have shifted over more than 4 billion years, a phenomenon known as “true polar wander.” To trace the poles over time, the research team examined the combined effects of more than 5,000 craters on the Moon’s surface.

Each impact, and the subsequent crater, changed the distribution of mass on the Moon slightly. To rebalance, the Moon would have rotated just a little, without its axis moving in space. As a result, the axis would pass through the Moon at slightly different locations—the new poles.

“All this cratering is like a record” of the Moon’s history, says Vishnu Viswanathan, assistant research scientist with UMBC’s Center for Space Sciences and Technology (CSST), a university partnership with NASA’s Goddard Space Flight Center. Viswanathan co-led the study with David Smith, a research scientist at the Massachusetts Institute of Technology.

Water on the Moon? 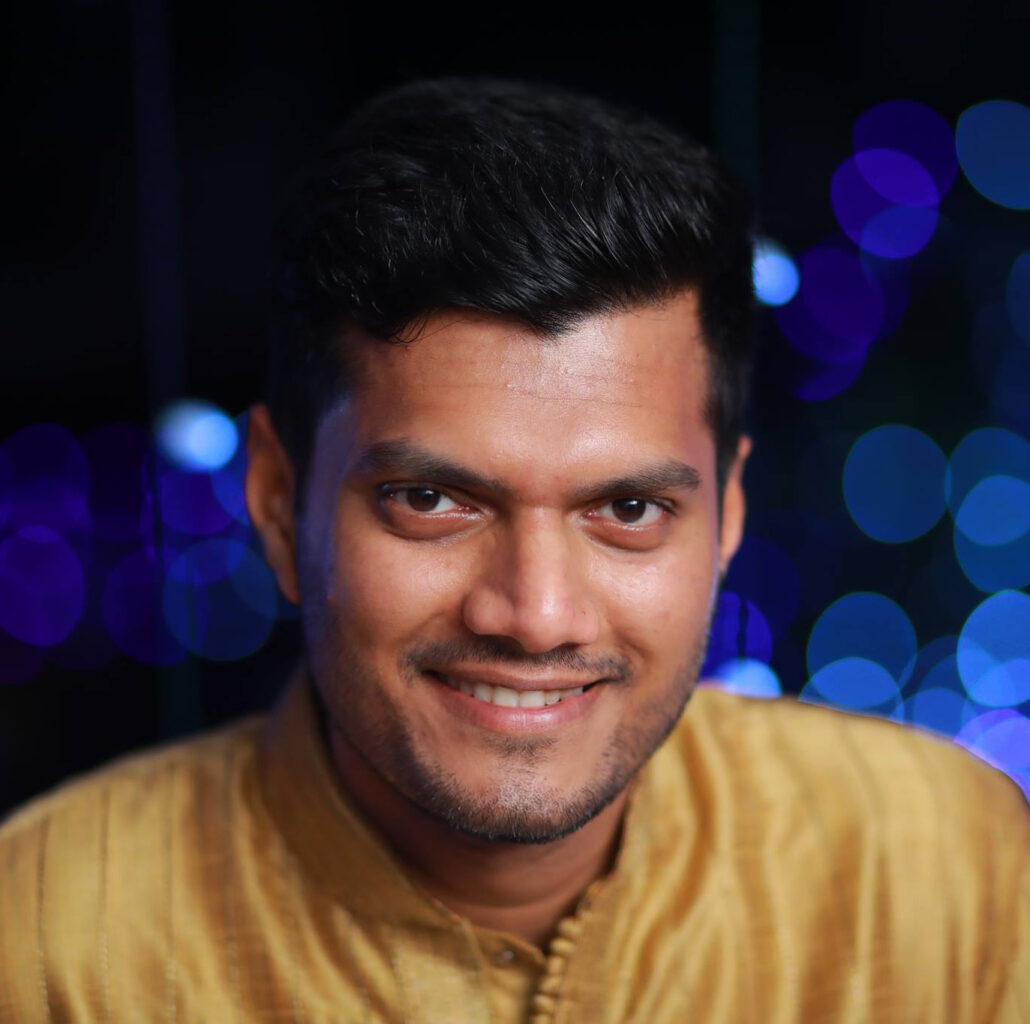 The study found that over approximately 4.25 billion years, the Moon’s poles wandered 10 degrees in latitude, or 186 miles, from the influence of cratering. Over the past 3.8 billion years, the poles have not wandered more than 2 degrees, or 37 miles. Such a moderate amount of polar wander would have created relatively stable conditions in the Moon’s polar regions over an extended period. That stability likely contributed to favorable conditions for resources such as frozen water.

Scientists have detected ice in colder, shadowed regions near the Moon’s poles. However, its amount and age is unknown. If the poles had moved substantially and frequently over time, any ice would repeatedly be exposed to sunlight and likely lost to sublimation—the process of a solid converting directly to a gas, like dry ice on Earth. With greater stability of the poles over billions of years, there would be more time for water to accumulate near the Moon’s present-day poles.

Stepping back in time

To calculate each crater’s effect on the location of the Moon’s poles, the research team relied heavily on a map of the Moon’s gravitational field, which defines the force of gravity at each point on the Moon’s surface. Sander Goossens, a former UMBC CSST scientist and a co-author on the new paper, developed the map previously using data from NASA’s GRAIL mission, which flew over the surface of the Moon in 2012.

The two GRAIL satellites measured anomalies in the distribution of mass on the Moon (such as craters), to a resolution of a few kilometers. The satellites’ detection is comparable to the way that a driver can feel the rise and fall as they pass over speed humps or potholes, Viswanathan explains.

Using Goossens’s map, Viswanathan and his team figured out a way to mathematically remove each crater’s individual effect, or signature, on the Moon’s gravitational field. The team started by sequentially removing 185 large craters whose ages are known, partly based on samples collected from NASA’s Apollo Moon missions. At each step going backward in time, they recalculated the presumed location of the Moon’s poles, creating a history of the poles’ location as they moved through time—the polar wander.

For the rest of the craters, most of them small, the research team removed their signatures from the gravity field and randomly distributed them through time. The team’s model is designed so more impacts occur in the early history of the Moon, because it’s understood that impacts were more frequent during that period. By running this simulation again and again, they were able to estimate the path of the Moon’s poles based on its cratering history.

This animation traces the “polar wander” of the Moon’s poles from about 4.25 billion years ago to the present day. (NASA Scientific Visualization Studio)

Viswanathan is excited about NASA’s Artemis mission, which will likely collect more samples from previously unvisited craters near the Moon’s south pole. “More samples from more craters would tell us quite a lot about the Moon’s cratering history,” he says. Knowing accurate ages of the large craters, including the largest, the South Pole-Aitken basin, would help refine the polar wander model. Information about the craters’ composition could increase understanding of resources—such as water—present on the Moon.

The project has also been an opportunity for Viswanathan and his team to grow and gain new expertise. An astronomer and a planetary geodesist who has researched other aspects of the Moon, Viswanathan came to the project with the beginnings of the math needed to track the poles based on the gravitational field. “But I had very little idea of these craters’ names before,” he says. “So it was a nice way to familiarize with them.”

The project, and especially the close collaboration with colleagues, has also served as an anchor for him throughout the pandemic. He shares, “I was so invested in the project for the last nearly three years. This kept me sane.”