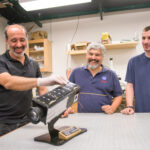 The first Hyper-Angular Rainbow Polarimeter (HARP) was a nano-satellite about as big as a loaf of bread. Developed by Vanderlei Martins, professor of physics, and his team of scientists and engineers at UMBC’s Earth and Space Institute, the HARP cubesat launched to the International Space Station in November 2019 and was released into orbit in February 2020. HARP spent over two years collecting first-of-its-kind data on Earth’s atmosphere, and finally deorbited in April 2022.

But that was just the beginning. Soon, HARP2 will be part of NASA’s Plankton, Aerosol, Cloud, ocean Ecosystem (PACE) mission. And the HARP team is preparing now to compete for a spot on the future NASA Atmosphere Observing System (AOS) mission as MegaHARP.

From the HARP cubesat, “We have data now on clouds. We have data over the ocean. We have data over land surfaces in a way that we never had before,” Martins says. The instrument was so impressive that the American Institute of Aeronautics and Astronautics named it SmallSat Mission of the Year in August 2021. “Now,” Martins says, “we are using HARP data to develop algorithms and methodologies that we will use for these other missions.”

On its 27-month flight, HARP’s unique sensors collected new kinds of information about clouds and tiny particles in Earth’s atmosphere, such as wildfire smoke, desert dust, and human-generated pollutants. These particles, collectively known as aerosols, have many effects on the global climate and the health of organisms. The data may inform refined climate models or strategies to reduce the effects of air pollution.

HARP also broke ground in the way it collects data. HARP captures images, but “it’s not a camera that takes pictures. It’s something a lot more sophisticated,” Martins explains. “It’s taking thousands of these pictures and recombining them in a way that becomes a multi-dimensional scientific data set.”

A single composite image generated by HARP can contain the information from up to 1,000 original images. Each image and its information are extractable from the composite, which allows researchers to look at many different parameters depending on their goals.

“The HARP cubesat allowed us to prove that the idea we had of how to create the composite images worked,” Martins says.

The stripes on this image HARP collected of the Mediterranean represent the many wavelengths of light, from near infrared to blue, that HARP’s sensors can detect. The HARP team combined hundreds of images like these to create smooth depictions of areas all around the world. (courtesy of Vanderlei Martins)

HARP’s physical design is also innovative. A single instrument with no moving parts houses the sensors and algorithms used to process all the different data types. That’s a big benefit for any instrument facing the harsh environment of space.

“For us, HARP was a pathfinder,” Martins says. “It was funded as a technology demonstration. So we launched HARP to demonstrate that this technology is possible, and to open the path for other missions that are coming after that.”

HARP2 is already taking advantage of lessons learned from HARP. It will fly on NASA’s PACE mission in 2024, but the team must deliver their instrument to the Goddard Space Flight Center this October.

“HARP2 is basically an advanced copy of the instrument payload in the HARP cubesat,” Martins says. Everything from calibration systems to the raw materials has undergone improvements.

Plus, due to greater availability of technical resources on the larger PACE mission compared to the original cubesat, Martins explains, “HARP2 in five hours will collect as much data as HARP cubesat collected in two years.” 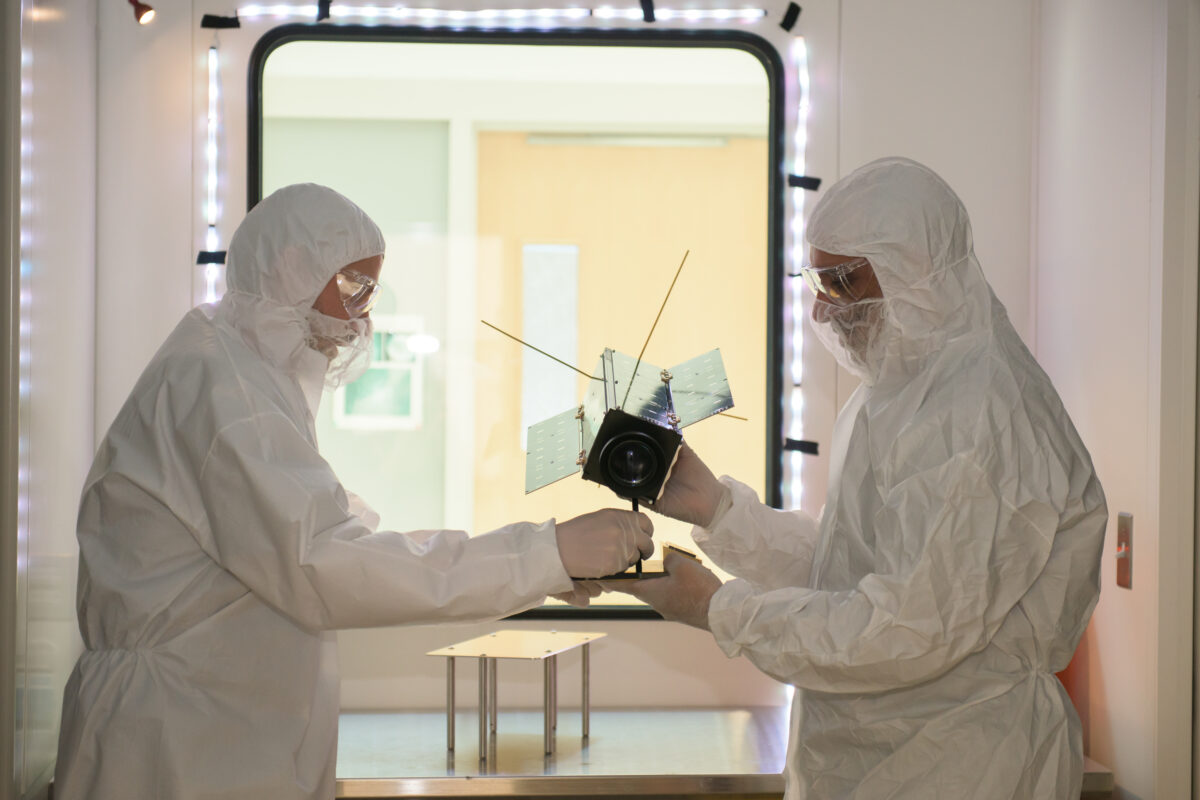 Researchers work on the HARP cubesat in a clean room. (Marlayna Demond/UMBC)

Since its inception, HARP has also lived up to UMBC’s mission to educate students and support the regional economy and workforce. Undergraduate and graduate students played key roles in the research, design, and construction phases for HARP and now HARP2.

“Relationships with federal agencies like NASA, all the work that we do with private companies around us, plus the training of students, who then go on to lead the same field they were working in, all fit very well the goals of our public research university,” Martins says.

Through HARP, HARP2, and early preparation for MegaHARP, every iteration of the project has prepared students for successful careers, proven new technologies, and generated new knowledge about the world. But, as an educator, perhaps the most rewarding part for Martins is seeing his students grow, find success, and then reach back to help others.

“We are seeing with HARP a full cycle. Students were involved in the inception of the idea for HARP from the beginning,” he says. “And today, students who were there working on HARP at the beginning are now in positions at NASA supporting the next generation.”