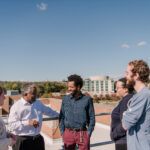 Two UMBC Ph.D. students in atmospheric physics, Maurice Roots and Kylie Hoffman, have received competitive Future Investigators in NASA Earth and Space Science and Technology (FINESST) awards that will support the remainder of their graduate studies. Roots’s research project will focus on air pollution and Hoffman will target thunderstorms, both using remote sensing techniques. Each will receive up to $150,000 over a maximum of three years for tuition, research, professional development, and other expenses.

Roots will further his study of ozone found near the Earth’s surface. Unlike ozone in the upper atmosphere, which is critical for protecting organisms on Earth from powerful solar radiation, ozone near the surface is a form of air pollution. It can lead to respiratory issues in animals (including humans) and reduce crop yields by damaging plants’ leaves.

Combustion engines are the main producers of surface-level ozone, because they release molecules that can convert to ozone when they interact with sunlight. Roots is particularly interested in ozone prevalence in the Chesapeake Bay region and other urban areas on bays, such as New York City and San Francisco, because “water is like a mirror,” he says, and with more light bouncing around, there are many more opportunities to generate harmful ozone. 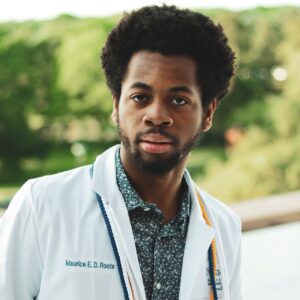 Roots will use a network of ground-based remote sensing instruments to improve understanding of how ozone forms and moves around, with a focus on the Eastern United States.

It’s an exciting time to be in remote sensing and ozone studies, Roots says, in part because “we’re still finding out things about simply when and where high ozone is happening.” At the same time, the instrument network “is becoming a teenager. It’s grown up a lot, and a lot of changes are about to start happening.” One of Roots’s main goals with the new project is to generate a “synergy of NASA’s ground-based instruments,” where all of the data they produce can be easily gathered and interpreted together to form conclusions.

Understanding not just where ozone forms, but where it travels from there, is important, Roots says. For example, phenomena called “nocturnal low-level jets” can move air (and ozone and other pollutants with it) from Georgia to New York in one night, he explains, which “changes the whole regulatory perspective.” Right now, states or cities can be fined for having too many instances of high ozone—but if the ozone may have come from several states away, the picture gets more complicated.

While Roots isn’t directly involved in policy, his work to improve “process-level understanding” of where ozone is created, how it moves, and where it ends up could influence regulation in the future.

Hoffman’s work will explore how severe thunderstorms form in the southern United States, especially at night. The genesis of these storms is currently poorly understood, despite their important implications for community safety and agriculture.

Belay Demoz, professor of physics and director of the Goddard Earth Science Technology and Research (GESTAR) II Center, and also Hoffman’s and Root’s Ph.D. advisor, co-led the Plains Elevated Convection at Night (PECAN) mission in 2015. It used ground- and aircraft-based instruments to collect a huge amount of data about storms in the U.S. southern plains, much of which has the potential for more in-depth analysis, Hoffman says. She will develop a few in-depth case studies using PECAN data, seeking clues about which variables are most important for forming these storms, such as temperature, wind speed, and water vapor concentrations. After that, she’ll expand to determining the frequency of severe storms and what features differentiate them from milder events. 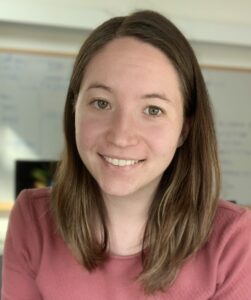 “A lot of people research these storms with weather models and simulations, but there hasn’t been a ton of research done with remote sensing observations yet,” Hoffman says. “I plan to use the PECAN datasets to calculate atmospheric quantities that are typically only evaluated in model-based research, and determine what potential uses this approach has for improving our understanding of these storms.” Her eventual goal is to develop better forecasting for thunderstorms, especially to benefit the many farmers in the southern plains.

Hoffman’s research is interdisciplinary and brings together the work of NASA and the National Oceanic and Atmospheric Administration (NOAA), which previously awarded her a research fellowship. Better weather forecasting is “also one of NOAA’s main missions,” she explains, “to help us become a weather-ready nation, and improve our ability to inform people and small businesses” about the risks severe weather can pose to lives and livelihoods.

In preparing her FINESST application, “I felt very supported by Belay [Demoz] and the whole office. It was exciting. It felt really official,” she says. “Writing the application helped me clarify where I want to go with my research. And even if I hadn’t gotten the grant, it was helpful just to know the process.”

Demoz is thrilled to have two students receive the FINESST award—a rare event for any Ph.D. advisor. “I know firsthand how competitive this was, and I am very proud of their accomplishment,” Demoz says.

He’s also proud of the work they do outside the lab, supporting other students and choosing projects that could have real public impact. “This is what I would like all our grad students to do, since it prepares them well for entering the professoriate,” he shares. “I’m honored to say they are my graduate students.”

Roots and Hoffman have already begun to pay forward the support they received from mentors at UMBC. This past summer, they and three more graduate students, including Emily Faber, M.S. ’21, atmospheric physics, a current Ph.D. student in the same field, served as mentors in the eight-week Student Airborne Science Activation (SaSa) program. The NASA-funded program offers high-achieving first- and second-year undergraduates at minority-serving institutions (MSIs) the opportunity to gain experience with airborne field research campaigns through a paid internship.

This year, SaSa welcomed 24 students, including four from UMBC, to UMBC’s main campus for four weeks. Participants spent the other four weeks at the NASA Wallops Flight Facility in Wallops Island, Virginia. The graduate students served as the participants’ primary mentors, Hoffman explains, from helping them develop research questions to guiding them through final presentations. 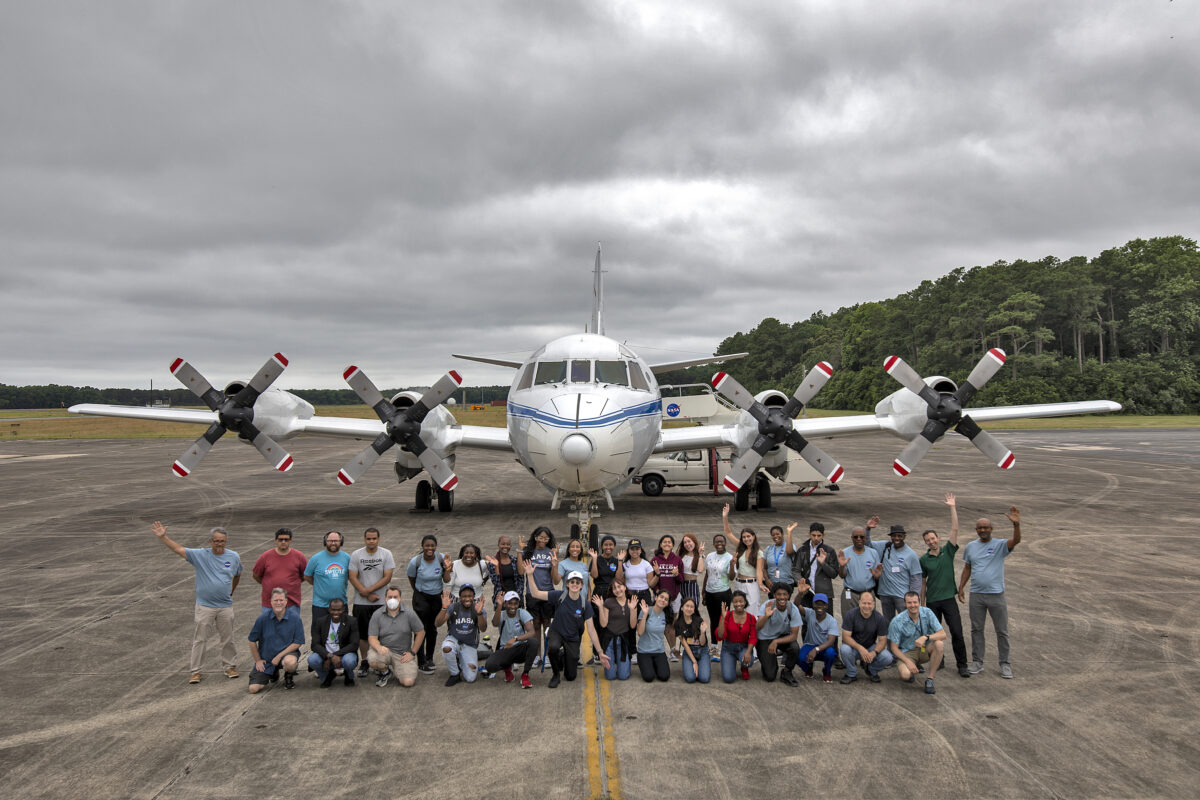 Hoffman recalls a transformative summer internship that gave her the confidence to apply to graduate school. “That’s part of what I wanted to do for the students—replicate what my mentor did to help me during that experience,” she says.

SaSa was mutually beneficial for the students and their mentors; it helped Roots boost his confidence, too. After answering student questions for a month, “by the end,” he says with a smile, “I realized, I guess I actually know a lot.”

With their FINESST awards, Hoffman and Roots will continue to put their knowledge and mentoring skills to work as they conduct research to answer big questions about how atmospheric dynamics impact our daily lives.