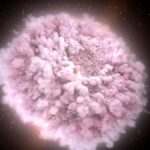 Nuclear fusion reactions inside certain stars can produce many of the most common elements on Earth, like carbon, nitrogen, and oxygen. But heavier elements that are also found on Earth are harder to generate, requiring reactions with even more energy than exists within a run-of-the-mill star like our own.

“So all of that heavier stuff we see here on Earth and throughout the cosmos, like gold, and platinum, and lead—where did it come from, and how did it get distributed?” asks Nicholas Cannady, a postdoctoral researcher at UMBC’s Center for Space Sciences and Technology, a partnership with NASA.

Cannady serves as operations lead on a new mission that aims to help answer this question. NASA recently selected that mission, the Trans-Iron Galactic Element Recorder for the International Space Station (TIGERISS), for up to $20 million in funding over five years. Seven million will go directly to the NASA Goddard Space Flight Center in Greenbelt, Maryland, where Cannady is based. The rest will go to the lead institution, Washington University in St. Louis, which will further disburse the funds to the collaborating institutions: UMBC, Pennsylvania State University, Howard University, and Northern Kentucky University. UMBC will receive $2 million. If all goes well, TIGERISS will launch to the International Space Station (ISS) in 2026.

From model to measurement 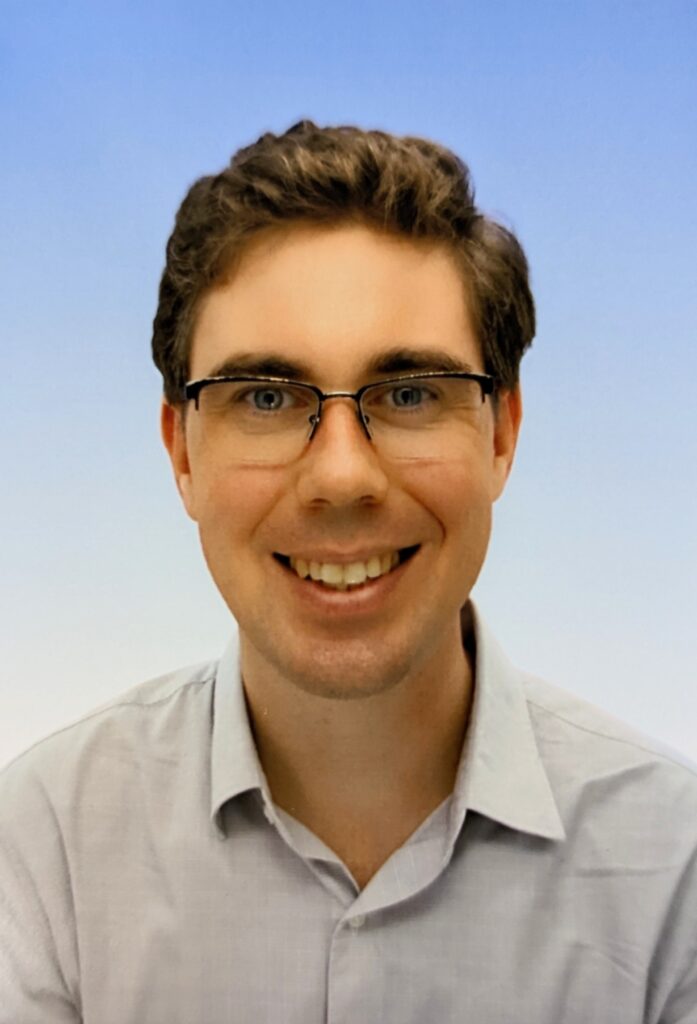 TIGERISS will count how often certain elements, arriving at Earth as cosmic rays, collide with its detectors. Cosmic rays are extremely high-energy particles that travel at nearly the speed of light. Heavier elements are rarer than lighter elements, which means they will be seen less frequently by the instrument. How often the detector sees a particular element can be used as a proxy for how abundant it is in our Milky Way Galaxy.

Models exist predicting how common different elements are and how they might have been created, but they don’t all agree. In some cases, elements can only be made through a process that requires powerful explosions where the cores of atoms and neutrons repeatedly collide, Cannady explains. Scientists expect different kinds of events in the universe with the necessary power (such as exploding stars) to produce different amounts of these elements.

TIGERISS scientists will use measurements from the instrument showing how often different elements are detected “to support or go against those models,” Cannady explains. “It could help us see which models for production of heavy elements best represent what we see.”

“TIGERISS is sort of the next step in a line of instruments that have been until now borne on balloons—high altitude, scientific balloons,” Cannady says. Unlike its predecessor, the balloon mission SuperTIGER, TIGERISS “will be on the ISS in space, which has some distinct advantages, and will let us really open up some interesting science that the other instruments weren’t able to do.”

The main benefit: On the ISS, there is no interference from Earth’s atmosphere. Although the SuperTIGER balloon flew as high as 130,000 feet, even the tiny amount of atmosphere at that height can affect precision when you are trying to detect extremely rare elements. “The atmosphere really throws a wrench into trying to wring out all the precision you can in things like SuperTIGER,” Cannady says.

TIGERISS will also be on the ISS for at least a year, whereas SuperTIGER made two flights, one for 32 days and one for 55 days. The 55-day flight set a record for a balloon, but TIGERISS’s longer exposure time will increase the chances of very rare elements happening to hit its detectors.

TIGERISS may also help illuminate how cosmic rays form and transport elements around the cosmos. SuperTIGER results support one theory for how certain types of particles (including heavy ones) get “swept up and accelerated to the high energies that we see for cosmic rays,” Cannady says. “It gives us a picture of how this heavy stuff gets distributed through the galaxy.”

“So we have this neat picture of how this works,” he adds, “but then above a certain threshold, this picture seems to be breaking apart.”

Cannady and the rest of the team hope that TIGERISS will improve on SuperTIGER’s findings, and start to put the picture back together—or suggest a new one. Whatever it finds, TIGERISS will increase our understanding of where heavy elements formed and how they made their way to Earth. 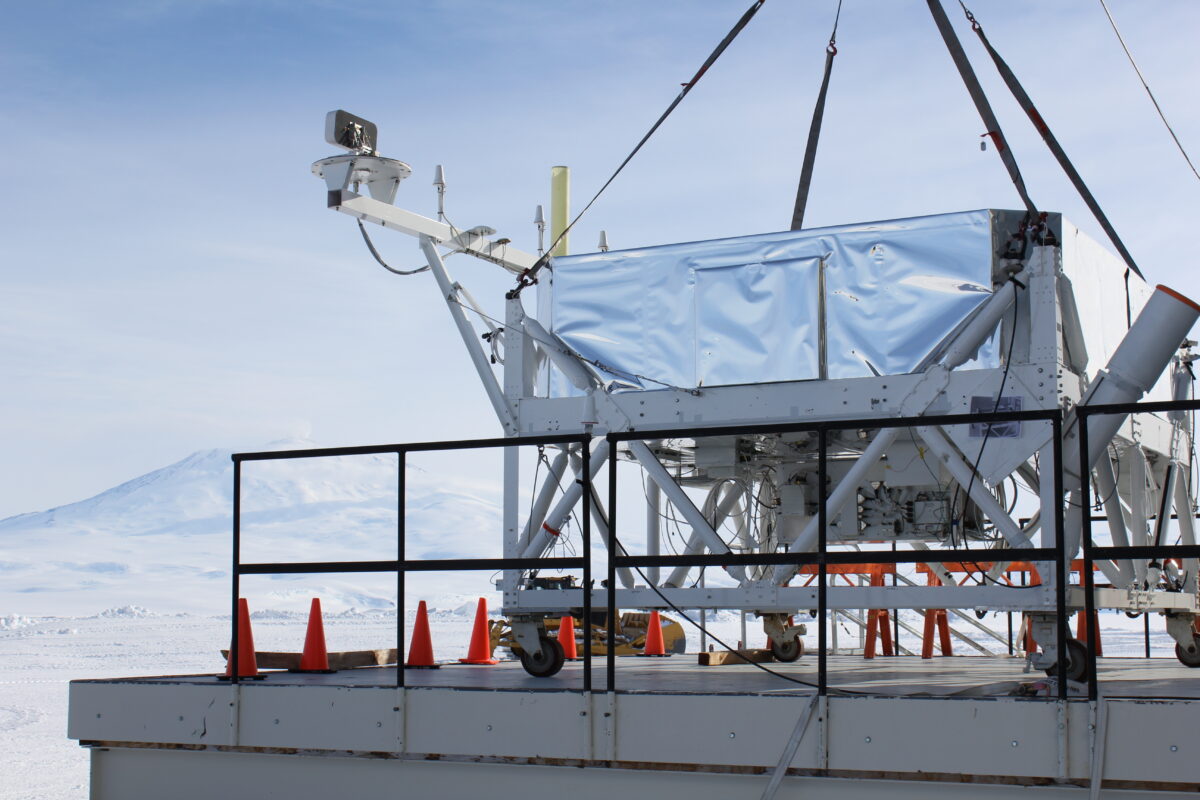 TIGERISS’s predecessor, SuperTIGER (inside the large metal box), prepares for a flight at McMurdo Station, Antarctica, in 2017. (Image courtesy of NASA/Jason Link)

NASA selected TIGERISS through its Astrophysics Pioneers program, which launched in 2020. Its goal is to reduce costs by using smaller instruments that can still contribute to robust scientific advances. The program is also set up to encourage early career researchers, like Cannady, to take the reins.

“One of the big focuses of Pioneers is to incorporate early career leadership and roles into the full pipeline of mission development—conception, development, and implementation, and then the operations and analysis as well,” Cannady says. His roles as institutional lead and mission operations lead create plenty of opportunities to build a network with researchers at other institutions, hone his management skills, and conduct cutting-edge science at the same time.

“It’s really neat to me to get to see things from the beginning and potentially follow them on through to the end. There are several of us who are getting to do that,” he says. UMBC’s Kenichi Sakai, a CSST research scholar, is also on the project, and former CSST researcher John Krizmanic will serve as the overall lead for NASA Goddard.

Sakai is leading development for one of the detector subsystems, and he and Cannady are hoping to engage both undergraduate and graduate UMBC students in that work. For the next year, the team will undergo their concept study phase, figuring out what’s feasible and starting to nail down the details of the design.

“We’re really going to start hitting the ground running with this,” Cannady says. And then, once the team completes a concept study and makes important implementation decisions in the first year, he says, “we’re going to start building.”