IMPORTANT: You are using an older version of Other that may not be supported in the future. Upgrade Now
Classic
Women's Center
Institutional Group • 1651 people
4

Mutual Aid: One for All and All for One

Nandi is a student staff member in the Women’s Center and a Junior English major.

Mutual aid, as a concept, is based in anarchism and the work of Petr Kropotkin. His work, “Mutual Aid: A Factor of Evolution”, is a foundational text for anarchists and other communist movements. But really, you don’t have to be an anarchist or a communist, or know anything about these ideologies to practice mutual aid because it’s an extremely simple concept.

Basically, the theory supposes that people (and other creatures) are FAR more inclined to taking care of each other than they are to individualism, no matter how much our capitalist ruling class argues to the contrary. The Seattle-based collective Big Door Brigade defines the practical application of mutual aid as “when people get together to meet each other’s basic survival needs with a shared understanding that the systems we live under are not going to meet our needs and we can do it together RIGHT NOW!” They also make the point that it is a separate and distinct practice from charity and charitable organizations.

Historically, mutual aid looks a lot of different ways. The Free African Society in 1787 was an organization meant to provide aid amongst free Black people. In the 20th century, there were Italian-American organizations called Societa di Mutuo Soccorso and Mexican-American societies called Sociedad Mutualistas. Larger worker movements and labor unions are also a part of this tradition as they necessitate collaboration and care work as a means to stay afloat while struggling for rights. Labor organizing in the US is at its lowest point in decades, but that doesn’t mean that we still can’t connect to our communities right now in the present to help everyone survive.

In feminist movements, mutual aid is a thread that runs throughout as an ongoing necessity among those who are oppressed under patriarchy. It’s not hard to see why; power-based violence, hiring discrimination, and wage gaps all team up to make people of oppressed genders dependent on one another rather than the institutions that their oppressors control. 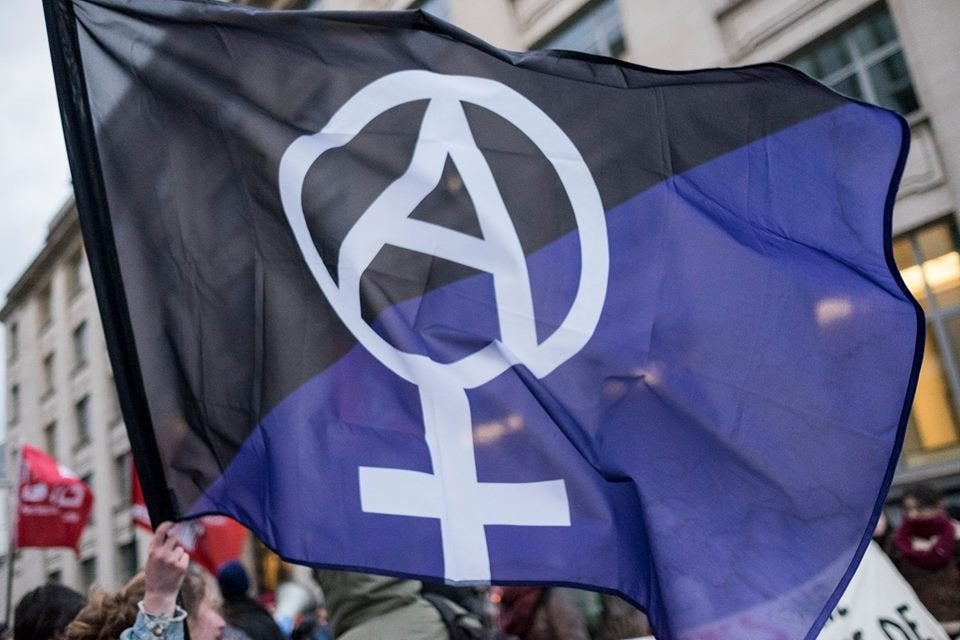 The Association for Women’s Rights in Development has mutual aid as a key piece of their “Solidarity Economy”, an economy in which people’s relationship to goods and services is more sustainable and cooperative. To go along with that, anarchist feminism interprets the labeling of actions like sharing, compassion, and sensitivity as “feminine” to mean that these are direct challenges to the “masculine” hierarchy.

Maybe you’ve seen mutual aid mentioned on social media in the past few weeks, or maybe you haven’t. Right now, due to COVID-19, we’re all in a position to rely on one another for safety and survival. We usually think of networking as a means to further ourselves towards our own goals and ambitions. Now is a time to network with the people in our neighborhoods and communities for our common good. Practicing mutual aid doesn’t mean that everyone has to gather and social distancing has to go out the window because those are important things to do for our communities as well.

If in reaching out you find a need that you can fill, then do so! If someone in your network has access to resources that you can’t find, then make your own needs known! As capable and resourceful as we are, self-reliance is not the order of the day. Lean into your human inclinations towards care and comradeship to make it through.

Hundreds of mutual aid groups have popped up all over the country in the past month to address the dire straits we now find ourselves in, with most of them being led by the organizers who dedicate their lives to this work every day.

To find one near you, you can go to the interactive map on mutualaidhub.org, or this list posted on the Its Going Down digital community center. Its Going Down also has organizing guides and resources so that you don’t have to go into this unlearned. I’ve put in for the Baltimore Maroon Movement! Who in YOUR community needs your help?