IMPORTANT: You are using an older version of Other that may not be supported in the future. Upgrade Now
❄️ UMBC will delay the opening of Campus until 10 a.m on Tuesday, January 26. Tests scheduled from 9 a.m. to 10 a.m. will be available between 10 a.m. and 4 p.m. ❄️
Classic
Initiatives for Identity, Inclusion & Belonging (i3b)
Institutional Group • 1620 people
23
IMPORTANT

My Conversation with Papi

Talking to my dad, an essential worker

This post is written by Sofia Encarnacion, a Diversity & Inclusion Peer at the Mosaic Center. Sofia is a sophomore Economics and Mathematics major. In her spare time, she likes to play Animal Crossing. When the semester ends, she will finally watch Avatar the Last Airbender.

“It’s just absurd. What it tells you is this: You are expendable. You’re nothing. You’re nobody.”

My dad has been working 60 hours a week at a well-known, national company. His work involves manual labor and a lot of standing. There have been several confirmed cases of COVID-19 at this particular center, but management will not share information on which departments may be affected. My dad turned 60 years old last month. He works the night shift, with hours from 8pm to 6am. Sometimes more.

“I just seem to face life the same way anyway, so this is not a strange thing for me. This is the way life has always been for me, so what’s the difference? There is no difference. Since I have to survive and I’m living and breathing I have no choice,” he said. The company  has been paying workers double for any hours over 40 hours a week.

This conversation was really difficult to have. I get to live somewhat comfortably with my brother in his apartment in this safe Rockville neighborhood while my dad spends every moment either sleeping or working. I’ll be honest, this is not the first time I’ve seen my dad work this hard. I -like most people- don’t have a perfect relationship with my dad, but I still care about him deeply.

He was working the night shift before the pandemic hit. Every time I’d see him, he’d be tired. He spent a lot of Thanksgiving and Christmas holidays sleeping due to his unconventional schedule. Financial stability was never a reality for us and his employer has taken advantage of that. It hurts to see him like this: absent, exhausted, and thinner than I’ve ever seen him.

When we talked on the phone, Bernie Sanders had just suspended his U.S. Presidential campaign. It felt like the most hopeless conversation. My whole family has been rooting for Bernie. My dad taught us to be involved in politics at an early age. I have been listening to his lectures about the Iraq War since I was 8 years old. I have to credit him in his attempts to keep us not only informed, but passionate about issues that matter to us. When we talked on the phone, I didn’t hear his usual resentment towards an unjust system. It was a defeated tone. I can’t blame him. Who has the energy to be angry while also dealing with the anxiety of a pandemic as an essential worker?

We also talked about the word “essential”. I made a comment on how we call workers essential but we treat them like they’re disposable. “Well that’s how we treat soldiers too, isn’t it?” This led to a conversation about America’s economic interests versus the survival of its people. Which made me think that he’s right. Some things haven’t really changed.

So what can I or you do about this, especially now?  I believe that the only way we can prevent this continued sacrifice of America’s low income residents is to vote in politicians who value the American people as people and not based on what they can provide the economy. Right now, everything is very depressing, but let me leave you with this quote: “Let this moment radicalize you rather than lead you to despair.”

A photo of my dad posing for the family group chat in his work clothes: 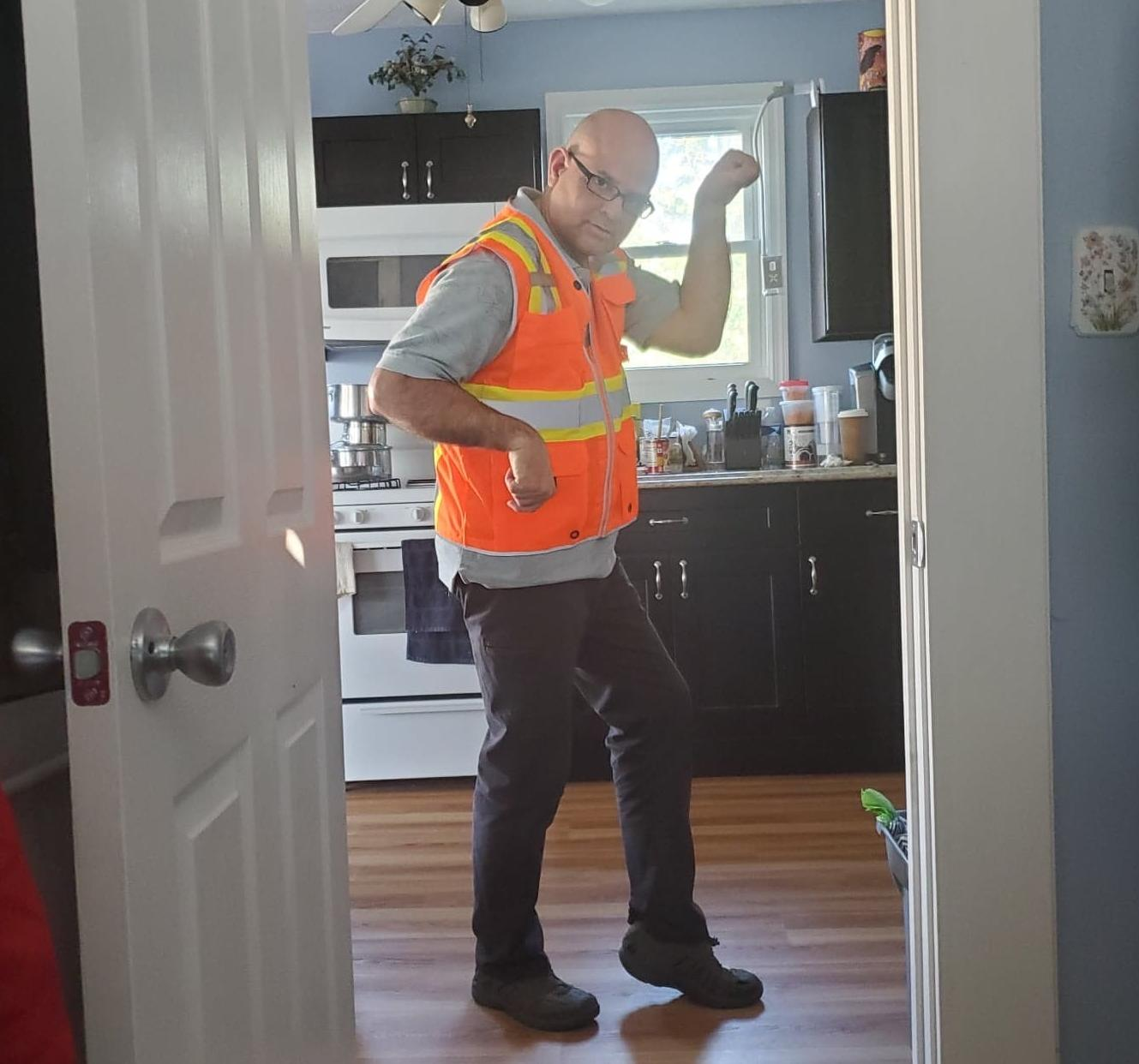