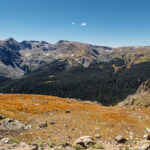 The Arctic climate is changing, and it’s important to understand how. But scientists may be consistently misinterpreting a common metric used to determine how Arctic ecosystems are shifting in response to climate change. A new paper in Ecological Applications by Fred Huemmrich, research scientist at UMBC’s Joint Center for Earth Systems Technology, shows that researchers may not appreciate the limitations of the Normalized Difference Vegetation Index (NDVI), leading to inaccurate interpretations, and likely an overall underestimate, of Arctic change.

NDVI is “one of the clearest indicators we have of ecological change related to climate change in tundra and boreal forest regions,” Huemmrich says. And yet, “there are limitations to what NDVI can tell us about ecological change.”

One of NDVI’s main advantages is that it can be determined using data collected by satellites. That’s particularly beneficial for Arctic research, because collecting data on the ground is difficult in remote areas and harsh conditions.

Many studies have not accounted for these limitations, Huemmrich says, leading researchers to ask questions about why ecosystems in certain regions of the Arctic are responding differently to similar levels of climate change. To Huemmrich, that’s the wrong question.

“To me, it suggests that there very well may be more ecological change going on at high latitudes than we are perceiving, if we’re leaning on NDVI as the metric we’re using to detect these changes,” Huemmrich says.

As a graduate student in the 1990s, Huemmrich studied NDVI. However, “I never dreamed that 25 years later, people would still be using NDVI.” Yet, seeing how today’s climate scientists still rely heavily on NDVI, and may not consider its limitations, concerned him and drove him to publish his latest paper.

Huemmrich believes many analyses may need to be reconsidered based on his publication. For example, at the transition between tundra and forest, NDVI has shown little change. However, “It’s not that things aren’t changing at the tree line,” Huemmrich says, “it’s just that NDVI isn’t very sensitive to those changes. So what’s happening at the tree line probably needs to be reevaluated.”

Because NDVI works well in some situations and poorly in others, “What you really need to do is know what your starting point is for this change,” he says. If the ecosystem under study begins below 50 percent plant cover, NDVI could be very helpful. But if total plant cover is already above 50 percent, NDVI may not be the most useful metric.

Huemmrich is an investigator on NASA’s Arctic-Boreal Vulnerability Experiment (ABoVE), which looks at ecosystem change at high latitudes. His project specifically is investigating Arctic “greening” (an increase in plant cover over time), which is heavily reliant on metrics like NDVI. With about 300 leading investigators, and over 1,000 people involved in ABoVE overall, it’s critical that these researchers understand when it’s useful to apply metrics like NDVI, and when to use other metrics.

The Arctic is changing. Those changes affect local wildlife populations and the Indigenous communities that often rely on them. Arctic climate change also affects major environmental shifts around the world, from rising seas to global wind patterns. Using the right metrics in the right way to study these ecosystems is crucial to understanding Arctic climate, Huemmerich notes, because that understanding can affect policy to protect the planet.