Community-building in Baltimore through public humanities

Over the last decade Nicole King, professor of American studies and director of the Orser Center for the Study of Place, Community, and Culture, has worked with colleagues to develop public humanities research methods that address disconnections, misrepresentation, and inequalities in Baltimore City and in the classroom. King helps students actively listen to and partner with Baltimore communities in research to create multimedia narratives as a vehicle of community-building and advocacy.

“Place-based public history projects demonstrate that students and scholars can engage and collaborate with communities to identify, analyze, and respond to pressing social problems,” says King. “Public history methods can create dynamic social spaces in which scholars and residents work together to frame questions, conduct research, and preserve urban places.”

King’s work has reached a broad range of academic and public audiences, from the recent co-authored article “Building Together” in Baltimore? Corporate Megadevelopment and Coalitions for Community Power in Urban Affairs Review to media coverage of A Place Called Poppleton, documenting a fight for community-led development as part of the Baltimore Traces project.

In July 2022, Sonia and Curtis Eaddy celebrated as Baltimore’s mayor announced their home in the historic Poppleton neighborhood of West Baltimore, dating back to the late 1800s, would not be demolished for redevelopment as previously planned. Among those whom Sonia thanked for support were King and her students. 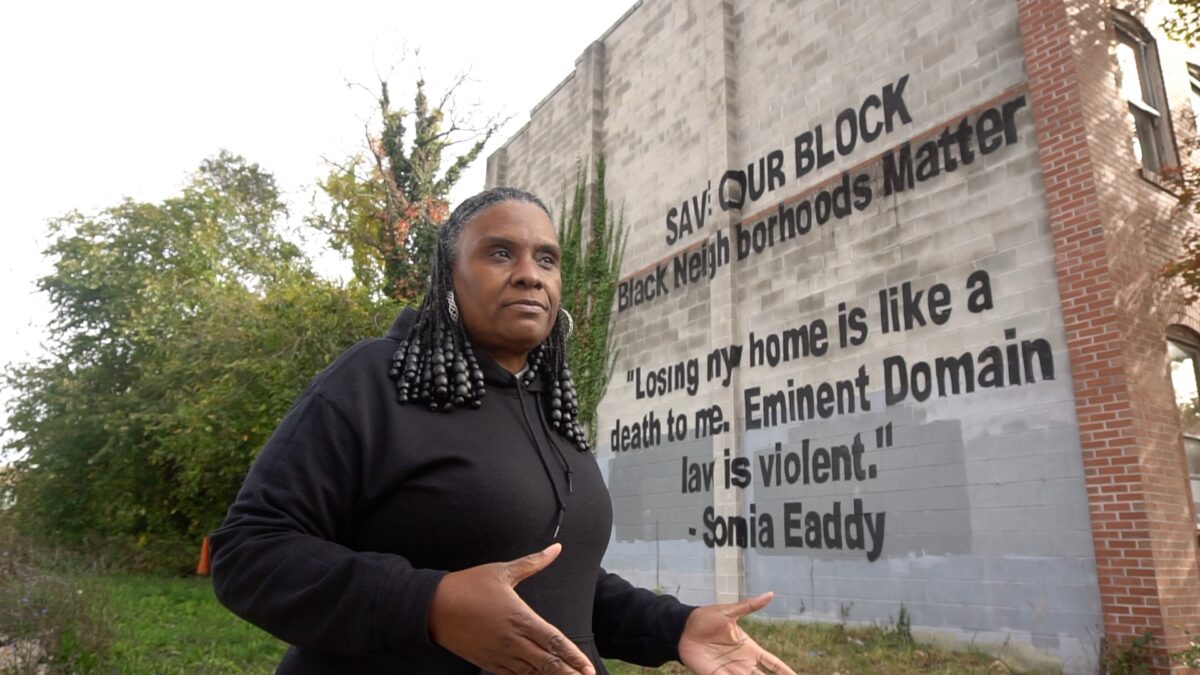 King originally connected with the Eaddy family through their son, Curtis Eaddy II, who shared his story as a third-generation Poppleton resident in 2019 for the storytelling series Baltimore Traces: West Baltimore. He became a strong partner in leading walking tours of West Baltimore through UMBC’s Baltimore Field School before interviewing his parents for A Place Called Poppleton, which King co-created in 2020 with students, residents, and Bill Shewbridge, media and communication studies professor of the practice.

Through A Place Called Poppleton, UMBC students listened to residents who live, work, and are connected to Poppleton. They shared their voices through media like films, a digital walking tour and historical timeline, a zine, and a brochure. These materials have documented, analyzed, and raised awareness about Poppleton’s history and present community advocacy.

We Are You and You Are Us produced by María Morte, M.A. ’23, intercultural communication, Fulbright U.S. Student Scholar from Spain.

The project Baltimore Traces: Communities in Transition, which began in 2015, is a collaborative teaching initiative that brings together students from a variety of disciplines in the arts and humanities to create media focused on Baltimore neighborhoods. The project has produced the Telly Award-winning documentary Mill Stories: Remembering Sparrows Point Steel Mill as well as short films, digital maps, and podcasts such as the Baltimore Green Space and A Walk Down West Baltimore Street. This included the radio series Stories of Deindustrialization, produced in partnership with the Center for Emerging Media—a Baltimore non-profit, and aired on the Marc Steiner Show.

“Getting out, showing up, listening to people, and meeting people where they are is so important to building the Baltimore Traces project,” King explains. “It’s something that organically grows to educate students…to do work that matters on the ground.”

It’s no accident that King first connected with Curtis Eaddy II through Baltimore Traces, and then the Baltimore Field School, a project specifically designed to support innovation in the public humanities through collaboration with Baltimore residents.

The Andrew W. Mellon Foundation awarded King and Dean Kimberly Moffitt $125,000 to establish the Baltimore Field School in 2020, to enhance the understanding and visibility of communities in South and Southwest Baltimore. The project accomplishes these objectives through methods centered in community partnership. In this way, it works to build a national model of effective, ethical humanities research, teaching, and learning about Baltimore and cities like it. 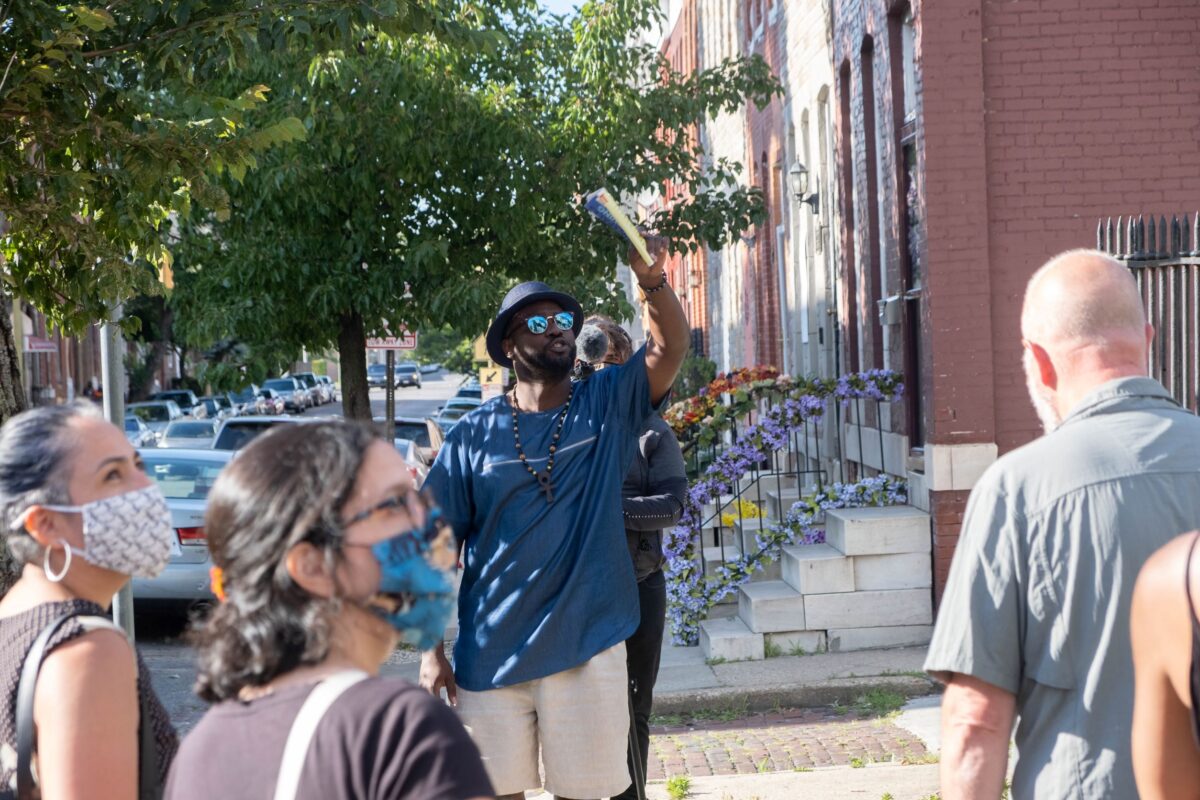 Fouts, King, and Mahdi will work with community members, UMBC graduate students, and faculty to continue to develop frameworks for ethical and sustainable community-engaged research between local communities and academia, around topics such as public information, racial equity, and food and land justice.

The “public” in public humanities

These are some of the same core themes explored inBaltimore Revisited(Rutgers University Press, 2019), the leading contemporary anthology on the city’s complex history and efforts to address longstanding inequalities, written by experts both within and outside of academia. King co-edited the book with long-time collaborators Kate Drabinski, principal lecturer of gender, women’s, and sexuality studies, and the University of Baltimore’s Joshua Clark Davis.

“We hope the book raises questions about how history can inform the present to understand the roots of the city’s many inequalities,” said Drabinski, when it was published. “We wish readers to imagine new ways of being in and organizing for Baltimore now and in the future.”

Thinking of the anthology and all that has followed it, King reflects, “We can not forget the ‘public’ in public humanities.”