IMPORTANT: You are using an older version of Other that may not be supported in the future. Upgrade Now
Classic
Mock Trial
Student Organization • 163 people 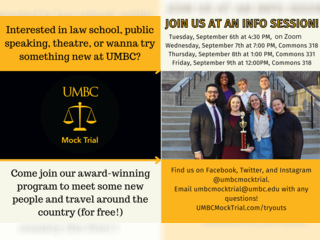 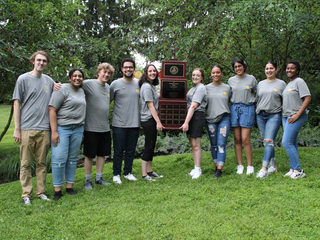 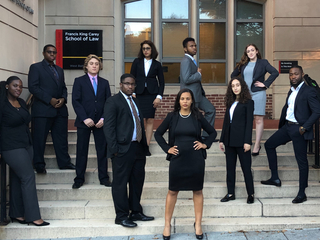 ACTING OPPORTUNITY FOR UMBC STUDENTS!!
Get involved with UMBC's Top Mock Trial Team!
UMBC Mock Trial is having a WINTER WITNESS TRYOUT!! We know this is a difficult time for actors and we're hoping that some of you will be interested in joining our team. While Mock Trial and...
3 · 1 comment 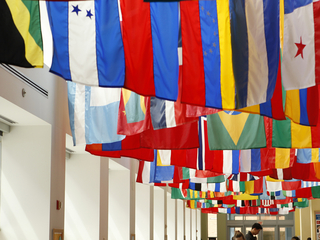 MOCK TRIAL INFORMATION SESSION | WEDNESDAY 7PM
Come learn more about mock trial and how to get involved! If you're looking for a college experience, mock trial is the place for you!  We have our first recruitment info session on Wednesday...
0 · 0 comments 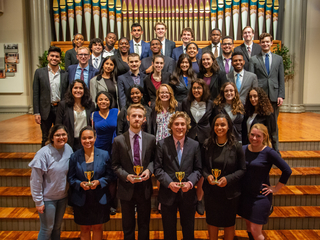 CALLING ALL MAJORS: Join UMBC Mock Trial!
Hello friends! I'm Sydney. I know that virtual classes and social distancing isn’t how you wanted to spend your time at UMBC, but there's still a way to have a meaningful college experience and...
4 · 0 comments 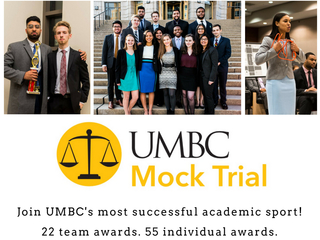 Join UMBC Mock Trial!
Join UMBC's most successful academic sport!
Do you want to travel to interesting cities around the country? Great, we'll take you to Philadelphia, New York, Boston and more. Do you want to do speech, debate, or public speaking? Perfect,...
11 · 1 comment 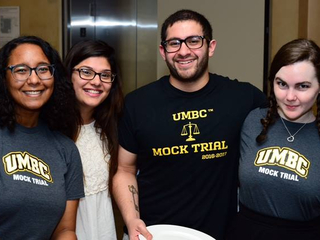 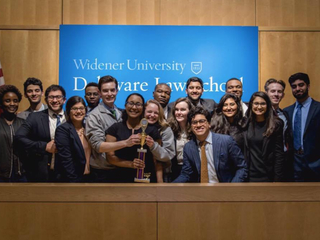 Help UMBC Mock Trial Compete!
Our Gritstarter fundraising campaign has gone live!
HELP US COMPETE! https://gritstarter.umbc.edu/p/mocktrial/ This past year, UMBC Mock Trial had its most successful season and we were able to compete at the National Championship in Los Angeles,...
7 · 0 comments

Contact us via our program email: umbcmocktrial@umbc.edu.
This iteration of the UMBC Mock Trial Program was founded in the Fall semester of the 2010-2011 school year, returning the team from several years of inactivity. The first active year of the team was the 2011-2012 school year. In 2021, UMBC Mock Trial won the American Mock Trial Association (AMTA) National Championship. Today the team is ranked #1 in the country by AMTA and has qualified for Nationals for three consecutive seasons. UMBC has competed at the Opening Round Championship Series (ORCS) for seven years in a row ('15, '16, '17, '18, '19, '20, '21). 2017 was the first year UMBC Mock Trial sent two teams to ORCS, and one team to the National Championship Tournament (NCT). In the past four years, UMBC Mock Trial has qualified and competed at the NCT four times ('17, '19, '20, '21).
Each academic school year, we receive case materials to prepare for invitational tournaments hosted at various universities throughout the academic school year and the AMTA sponsored playoff tournaments in the spring semester. Each team may consist of up to 10 members who will play at least one role on either the side of the defense or the side of the prosecution/plaintiff (for criminal/civil cases respectively). The primary roles in Mock Trial are witness and attorney. There are various types of witnesses presented in each case -- character witnesses tend to be involved in the incident and testify in the capacity of what they have witnessed while expert witnesses analyze the facts of the case scientifically to provide a conclusion based on their knowledge, education, and professional experience.
Mock Trial is a wonderful experience for students of all majors. Practices and competitions allow students to develop various skills including public speaking, critical thinking, and improvisation. In addition to developing these skills, students really enjoy the being on the team, and always have a lot of fun at tournaments.
To learn more about UMBC's Mock Trial Program, follow us on:
Website: https://umbcmocktrial.com/
Facebook: https://www.facebook.com/UMBCmocktrial/
Twitter: https://twitter.com/UMBCMockTrial
Instagram: https://www.instagram.com/umbcmocktrial/